(Watch on Video Below)

The Skyscraper Museum hosted a series of walking tours of its Battery Park City Neighborhood in 2021 and 2022. Recordings are archived under each tour type. Three different tours explored three areas of the 92-acre master-planned community. The first tour focused on the South Residential Neighborhood; the second the Commercial Core, Brookfield Place (originally the World Financial Center); and the third, the North Residential Neighborhood, including Teardrop Park and the apartment blocks built after 2001 when mandatory "green guidelines" set by the Battery Park City Authority created the first and largest LEED-rated community in the country.

Led by Skyscraper Museum director Carol Willis, the tours emphasized the history of the Hudson River piers and working waterfront; the 1960s landfill projects, starting with the excavations of the World Trade Center; the barren sand lot with "Art on the Beach" art installations of the 1980s; the construction of the commercial skyscraper hub of the original World Financial Center; and the slow development of the landscaped parks and apartment blocks that have grown to more than 8,200 residential units. Tours also emphasized public space, past and present, and considered the evolving plans to address the challenges of climate change and resiliency along the waterfront.

These programs are supported by a Community Partnership with the Battery Park City Authority. 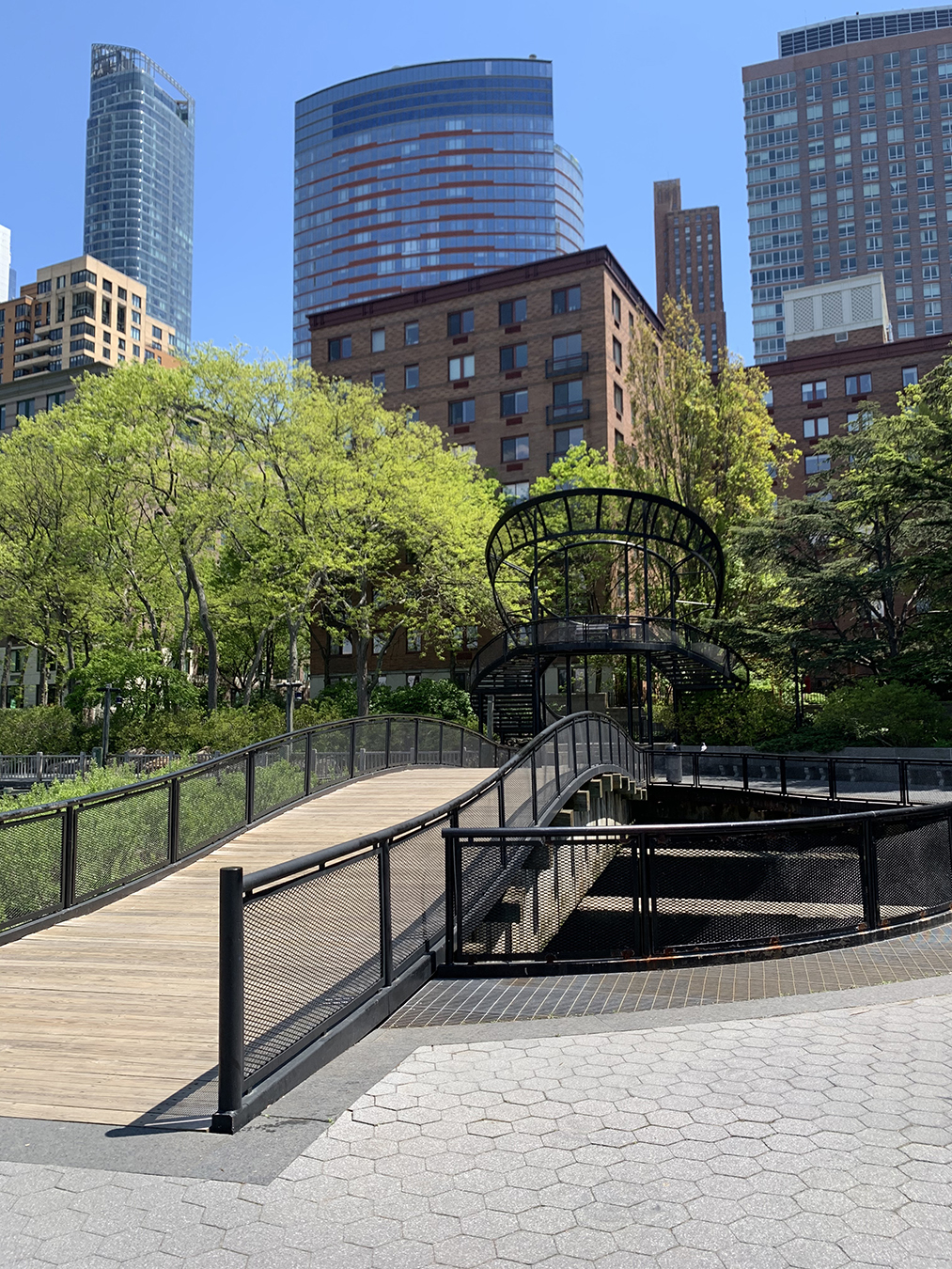 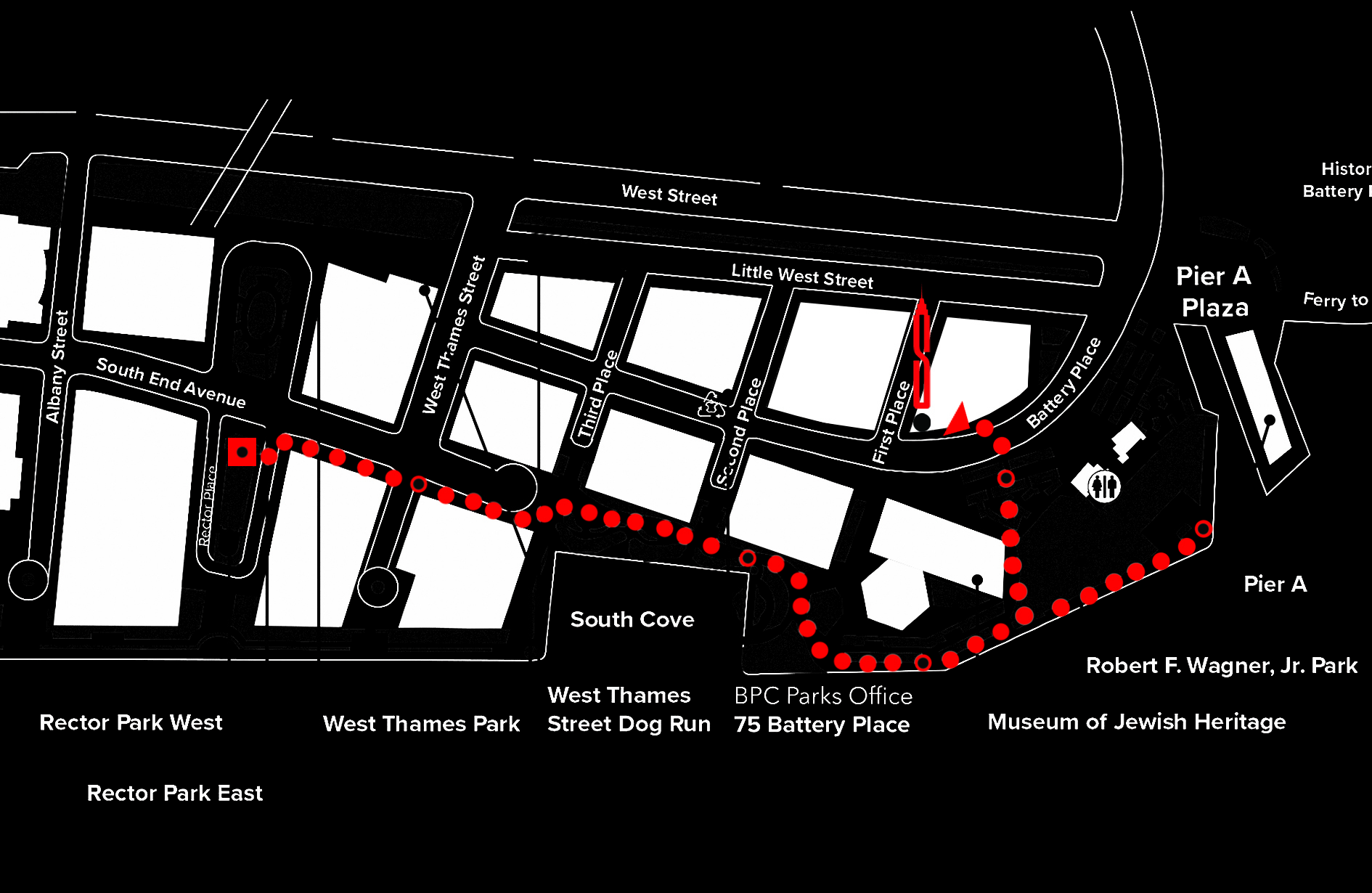 Tour 1 explores Battery Park City's southern district, which is home to the Skyscraper Museum and includes some of BPC's earliest landscapes and infrastructure, including the residential enclaves built in the 1990s that followed the 1979 Cooper Eckstut Master Plan. We will visit historic Pier A, Wagner Park, and South Cove, as well as the green spaces that connect to the Esplanade, the first waterfront park in New York since the Brooklyn Heights Esplanade in 1951, and learn about the developing Resilience Action Plan of the BPC Authority. 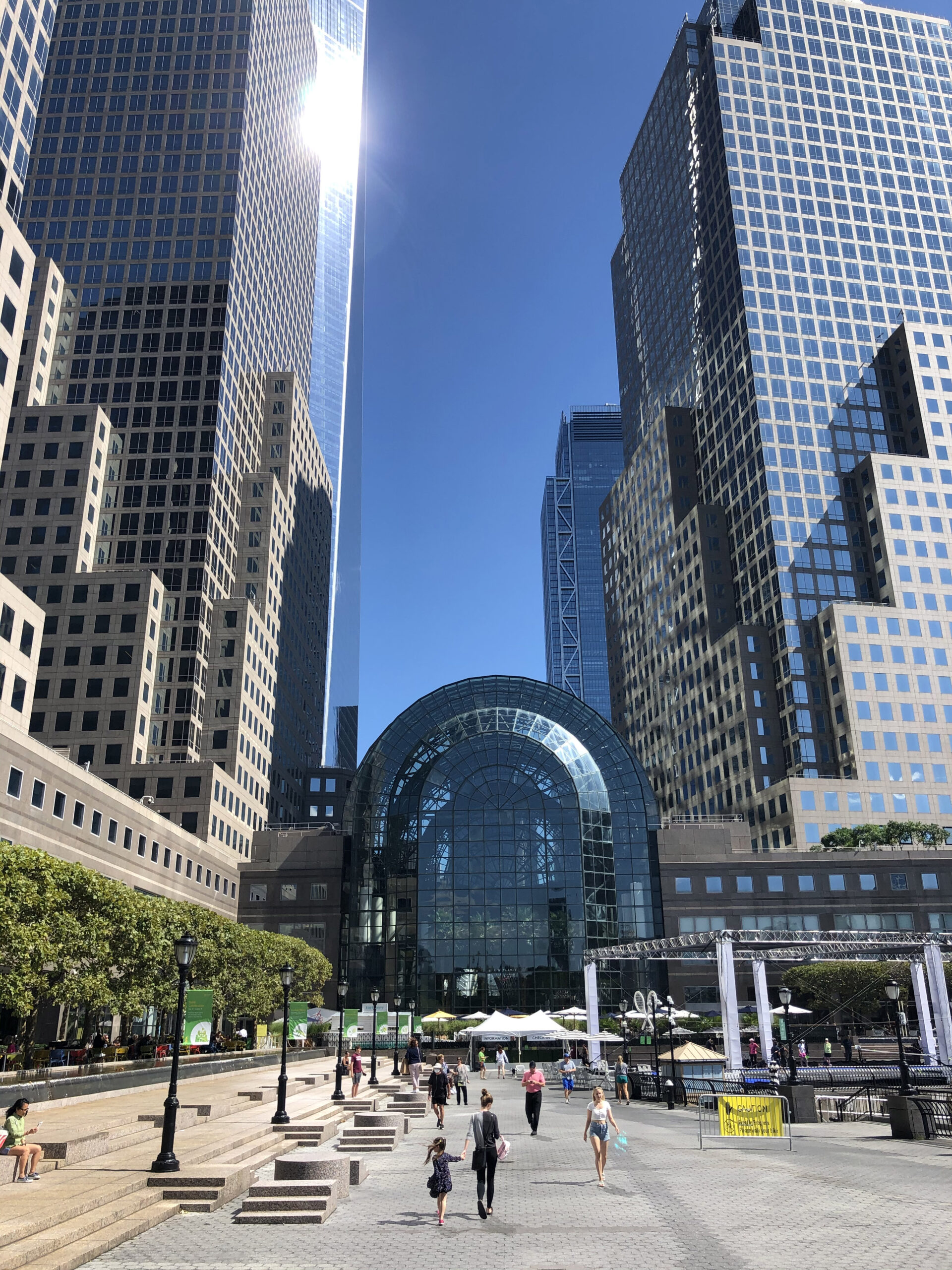 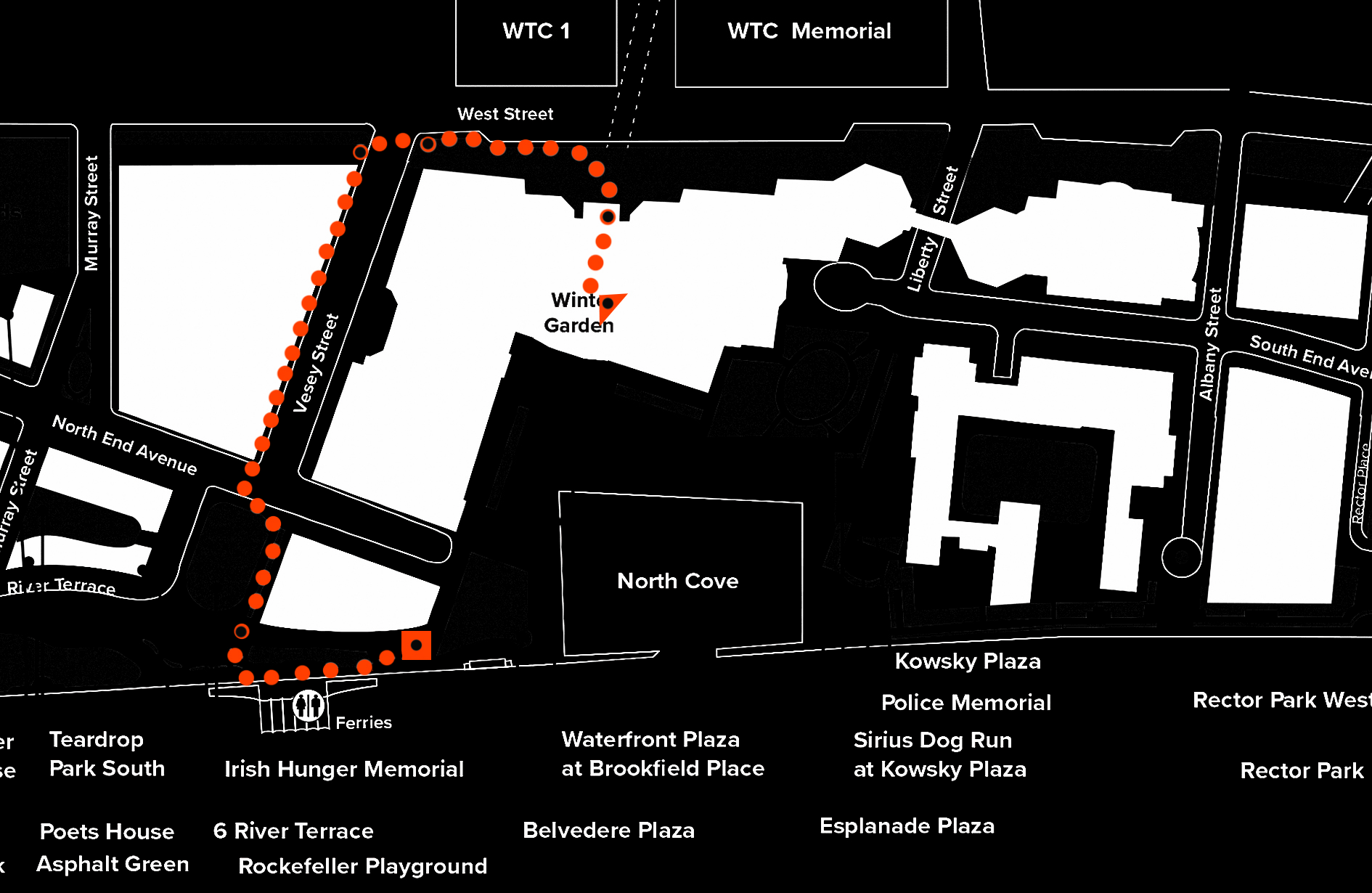 Tour 2 explores Battery Park City's commercial core with its 1980s skyscrapers of the original World Financial Center (now Brookfield Place) designed by architect Cesar Pelli, as well as the expansive North Cove Marina and its public realm. This walk investigates how the planning concept of public-private partnership was both the principle and economic engine of the Battery Park City project and how the goals of opening the waterfront to public access and recreation were realized over three decades. 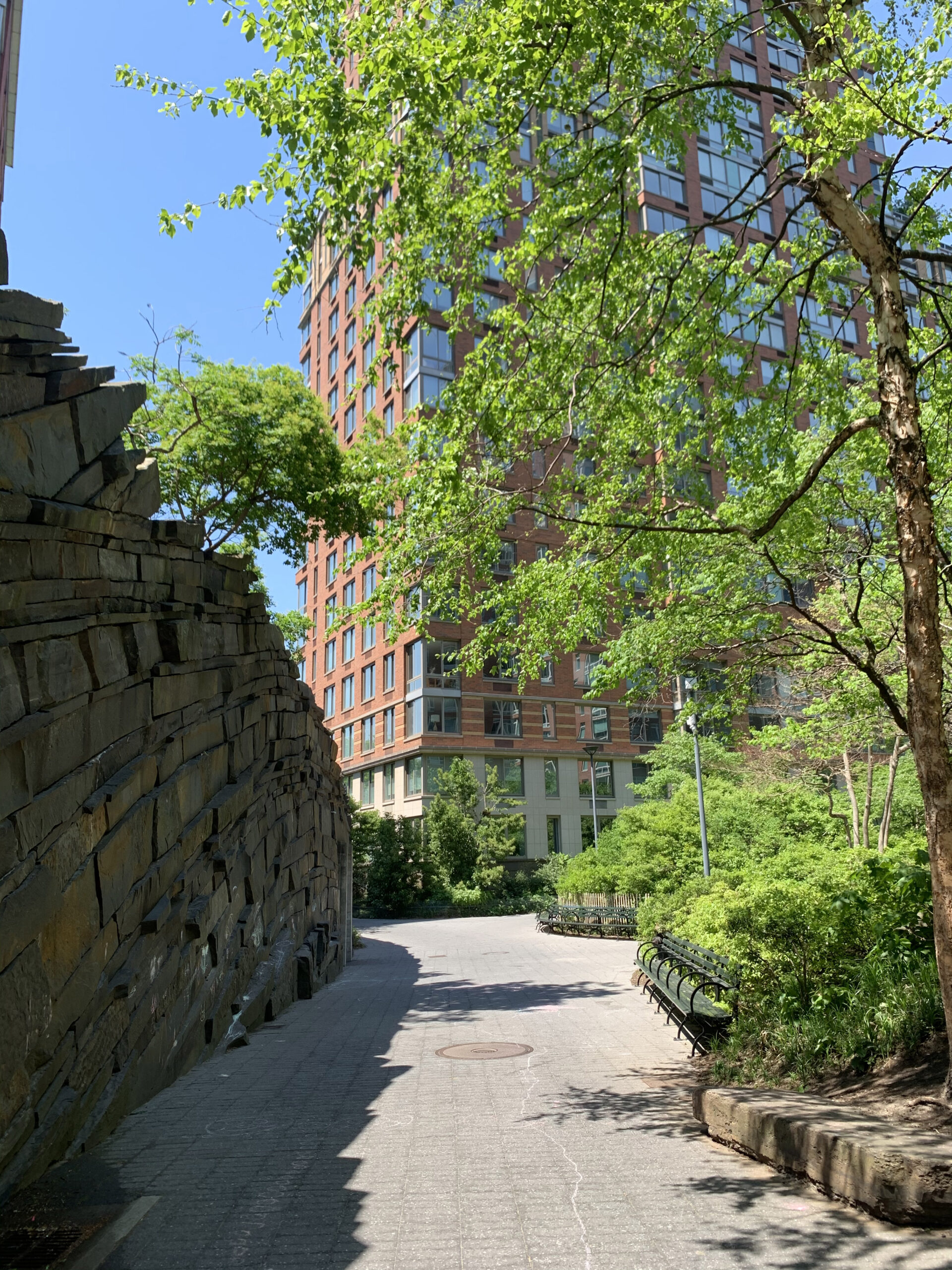 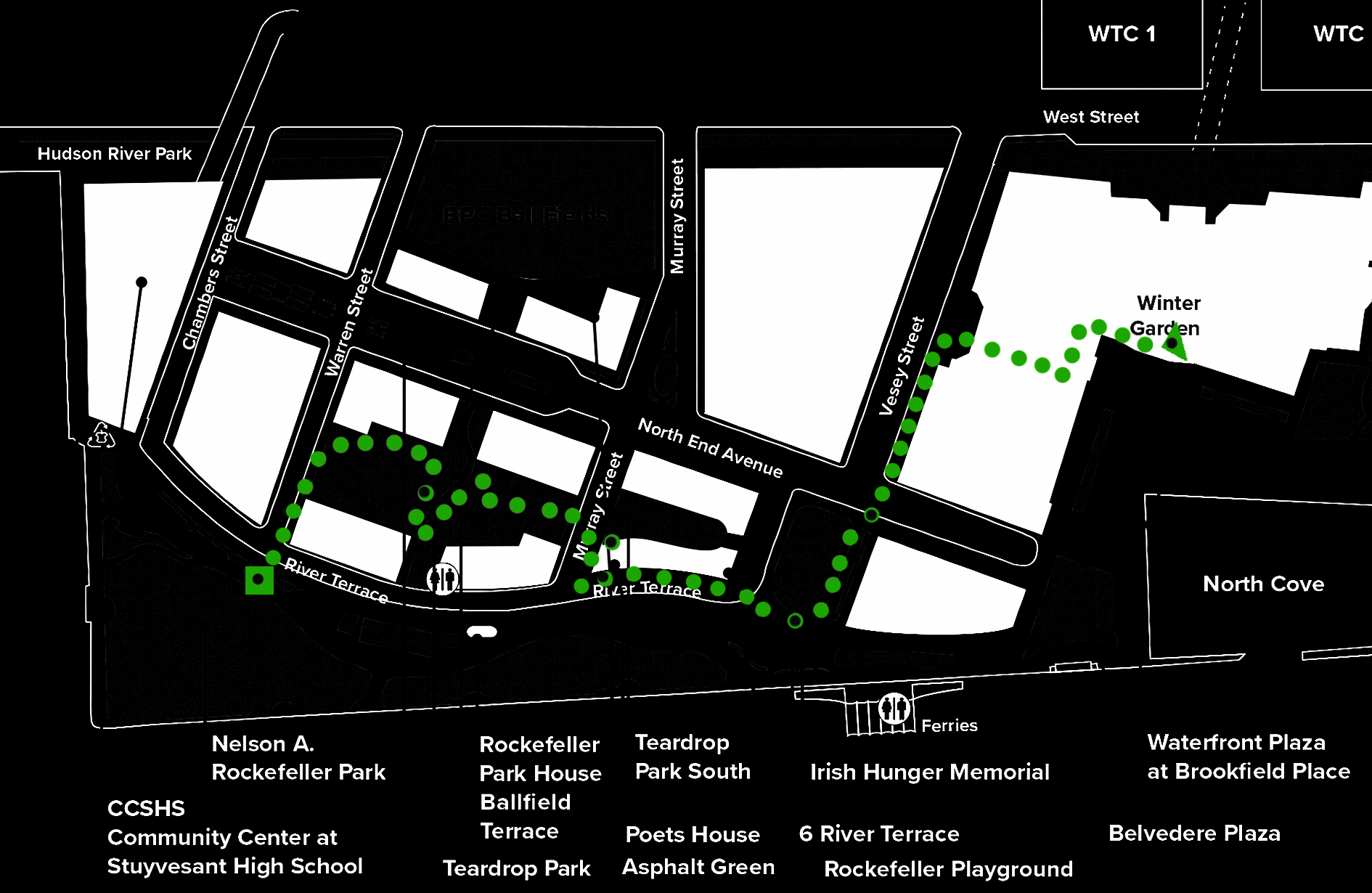 Tour 3 of the Museum's three thematic walking tours of Battery Park City covered the north residential neighborhood, which was developed in several phases, beginning with Stuyvesant High School at the northeast edge and the esplanade and Rockefeller Park along the Hudson. A diagonal avenue lined with apartment buildings creates one face of the neighborhood, while the inner courts of the large blocks are connected by the delightful Teardrop Park. Located two blocks from Ground Zero, we also explore the history and design of the Irish Hunger Memorial, completed in 2001.