Sarah Williams Goldhagen is a writer, lecturer, and contributing editor to the Architectural Record and Art in America. Previously, she was the architecture critic at the New Republic and a lecturer at Harvard’s Graduate School of Design. Her essays and criticism on the topic of the built environment have appeared in both scholarly and general-interest publications. 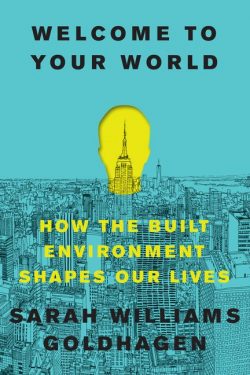