After 33 years practicing law, JEFFREY RICHMAN became the full-time historian at Brooklyn’s Green-Wood Cemetery in 2007. He has led Green-Wood’s Civil War, World War I, and World War II projects which, with the help of hundreds of volunteers, have identified, written, and posted online biographies for thousands of veterans interred there. He also blogs about his latest discoveries at Green-Wood and is the author of three books, including Brooklyn’s Green-Wood Cemetery: New York’s Buried Treasure (1998). 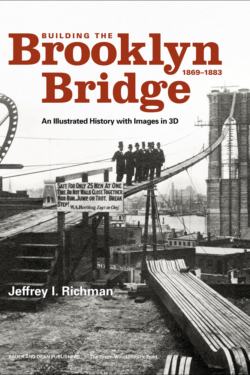