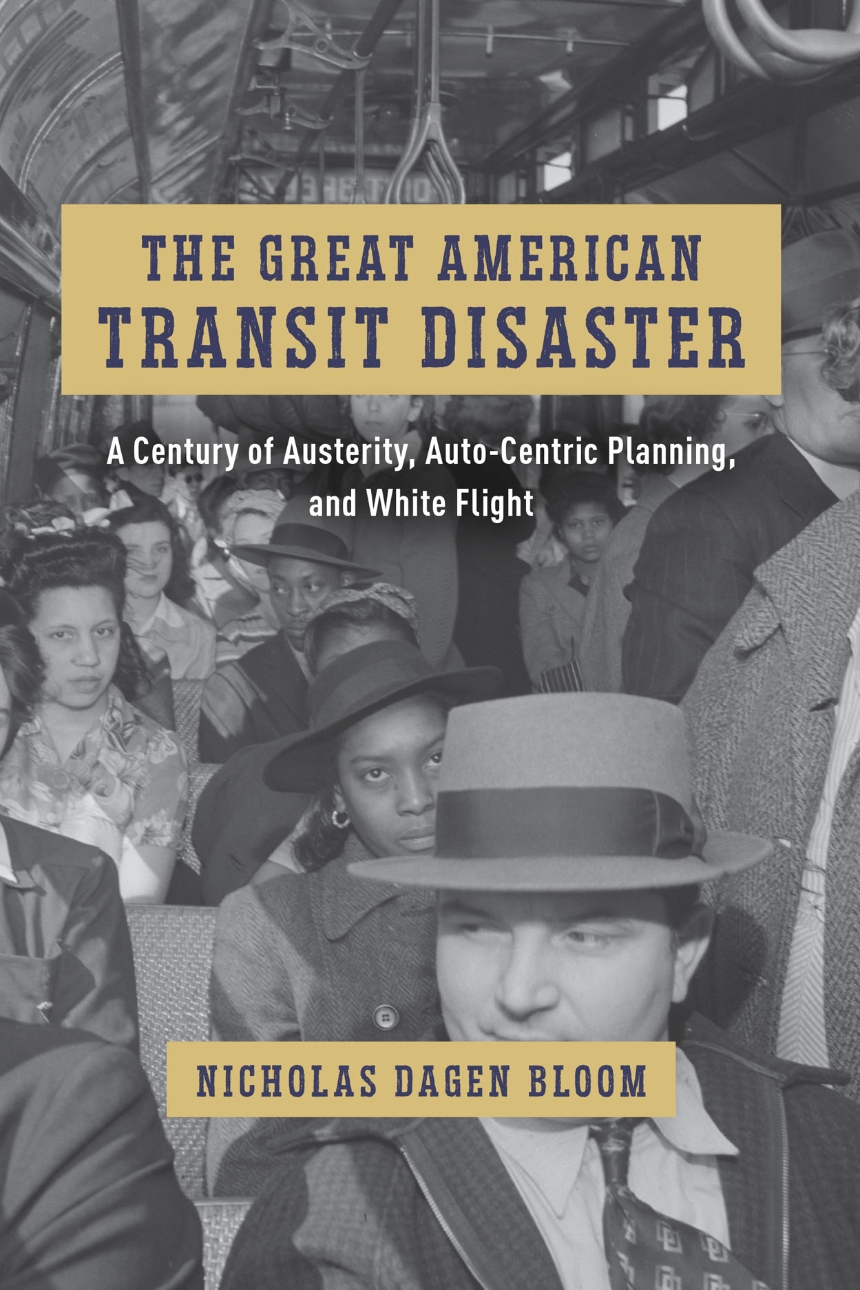 The University of Chicago Press, 2023

In The Great American Transit Disaster urban and planning historian Nicholas Dagen Bloom offers a potent re-examination of America’s history of public disinvestment in mass transit. Countering the standard histories that critique American auto-centric culture and government policies, Bloom asserts our transit networks are bad for a very simple reason: we wanted it this way.

Focusing on Baltimore, Atlanta, Chicago, Detroit, Boston, and San Francisco, Bloom provides overwhelming evidence that transit disinvestment was a choice rather than destiny. This wide array of case studies reveals three major factors that led to the decline of public transit across the United States: municipal austerity policies that denied most transit agencies the funding to sustain high-quality service; the encouragement of auto-centric planning; and white flight from dense city centers to far-flung suburbs. As Bloom makes clear, local public policy decisions were not the product of a nefarious auto industry or other grand conspiracy—all were widely supported by voters, who effectively shut out options for transit-friendly futures. With this book, Bloom seeks not only to dispel our accepted transit myths but to lay new tracks for today’s conversations about public transportation funding.

Nicholas Dagen Bloom is a Professor of Urban Policy and Planning at Hunter College. He is the author of many books, including Public Housing That Worked (Penn, 2008), The Metropolitan Airport (Penn, 2015), and How States Shaped Postwar America (Chicago, 2019). He is co-editor of the prize-winning Public Housing Myths (Cornell, 2015) and Affordable Housing in New York (Princeton, 2015). Bloom is frequently interviewed and quoted extensively on housing and other topics in media outlets, including WNYC, The New York Times, CNN, and The Washington Post.