John C. (Jack) Portman, III is the Vice-Chairman of Portman Holdings, the land and property development company and is responsible for its international development activities. He is Chief Executive Officer for John Portman & Associates, the architectural and engineering company of Portman Holdings. Mr. Portman began his career in 1973 as an apprentice architect for John Portman & Associates in Atlanta. From design experience on the boards, he moved to a position of corporate leadership. He laid the groundwork for the design and development of Shanghai Centre, the largest foreign investment project in China, a coalition he built with American, Japanese and Chinese investors. As a developer and investor himself, his commitment to China was demonstrated during the challenges presented by the changing political climate within the country. He directed the establishment of the firm’s Shanghai office in early 1993 and continued his leadership in international activity, even after returning to Atlanta in 1998. He remains involved in all Portman projects in China. 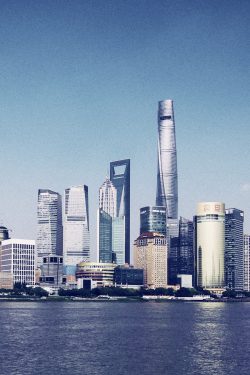