Throughout his 30+ years experience Dennis Poon has been responsible for the design and construction of super tall structures, mixed-use buildings, hotels, airports, arenas and residential buildings worldwide. Notable projects include lead partner in the structural engineering team for the design of Taipei 101 in Taiwan (the tallest building in the world between 2003 and 2009) and the 66-story high-rise mixed-use Plaza 66 in Shanghai. Currently, Mr. Poon is working on several 100+ story towers, including the Ping An Insurance Projects in China, as well as the 601-meter 151 Incheon twin towers in South Korea, and several high-rise projects in the Middle East, in addition to the Shanghai Tower. He has extensive expertise on seismic design and performance-based design with complex mixed-use structures worldwide.
In addition to his responsibilities as managing principal of the firm, Mr. Poon is in charge of the firm’s international operation with branch offices in Hong Kong and Shanghai. He has lectured at universities worldwide including the MIT, Delft Technical University in the Netherlands, the New Jersey Institute of Technology, and Rutgers University. 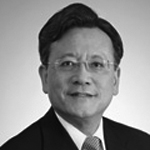