Clifford Pearson is a deputy editor of Architectural Record. Since joining the magazine in 1989, he has written on a broad range of topics- from individual projects such as the phaeno Science Center in Wolfsburg, Germany, by Zaha Hadid and the Hong Kong International Airport by Foster & Partners to essays on school design and housing. From 1993 to 1997, he edited Record’s annual section on architecture in the Pacific Rim and today he is in charge of the magazine’s Chinese edition and its annual Design Vanguard issue. He is the author of Indonesia: Design and Culture, published by the Monacelli Press in 1998, and the editor of Modern American Houses, published by Harry N. Abrams, Inc., in 1996 and reissued in 2005.

In 2003, he received a Media Fellowship from the U.S.-Japan Foundation and spent two months in Japan examining “Technology and Tradition in Contemporary Japanese Architecture.” Mr. Pearson holds a master’s degree in architectural history from Columbia University and a bachelor’s degree in urban studies from Cornell University. 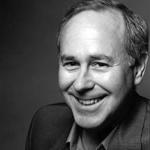