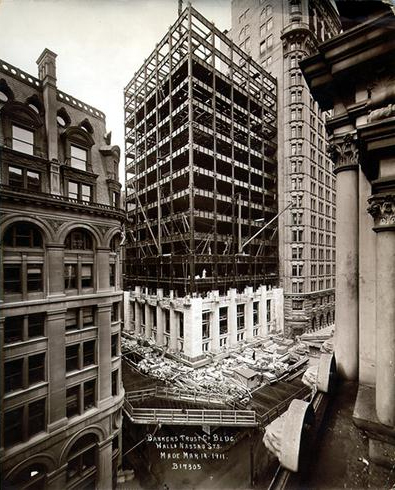 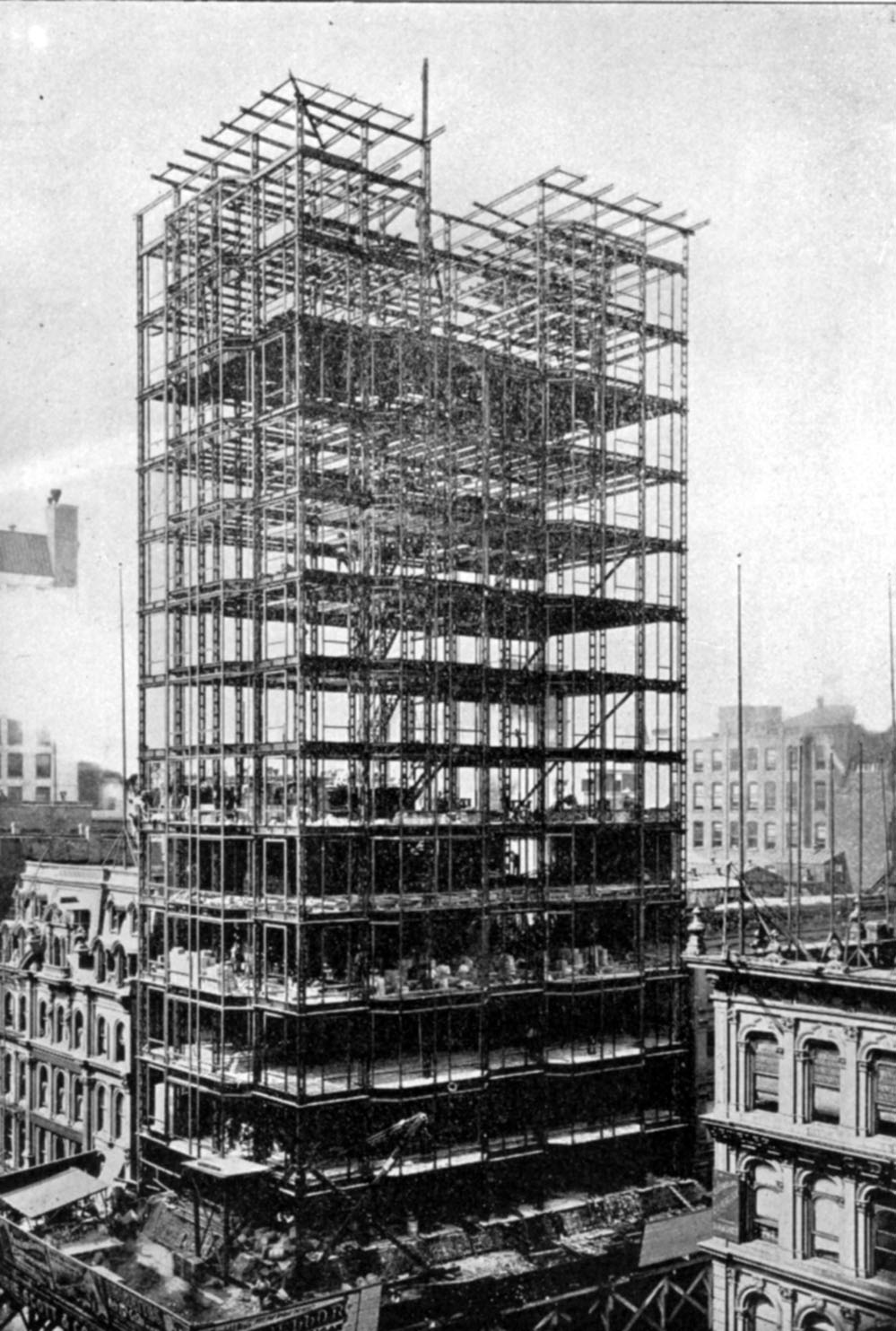 The second session of the Construction History series concentrates on Frames and the evolution of metal-cage construction in each city.  Chicago has claimed the “invention” of steel-skeleton construction, which historians often call “the Chicago frame.” In New York, building codes and concerns about fire discouraged the use of skeleton frames until after 1892, so alternative, hybrid systems developed. Tom Leslie and Don Friedman will examine these and other issues.

Chicago and New York offered a handful of very different preconditions that influenced the way skyscrapers were designed and built in the two cities. Chicago’s murky soil forced engineers to carefully parse their structures into point supports and broad, snowshoe-like pads, which suggested structures above could be thought of as more skeletal frames than continuous walls. The city’s large, regular lot sizes also allowed a regularity in structural grids, and its laissez-faire politics permitted thinner walls than other, eastern cities—at least through 1893, after which unions and builders began a pitched battle over the city’s building code.

BRIAN BOWEN will be the respondent. He is the author of The American Construction Industry: Its Historical Evolution and Potential Future (Routledge, 2021). In 2000, Bowen retired as president of Hanscomb Inc., after a long career in the construction industries of England, Canada, and the United States and in 2008 he helped establish the Construction History Society of America, a branch of the CHS based in the United Kingdom and serves as its chairman emeritus.

The video begins with a brief introduction by Museum Director Carol Willis, followed by individual presentations by Tom Leslie and Don Friedman, then questions and dialogue with commentator Brian Bowen.