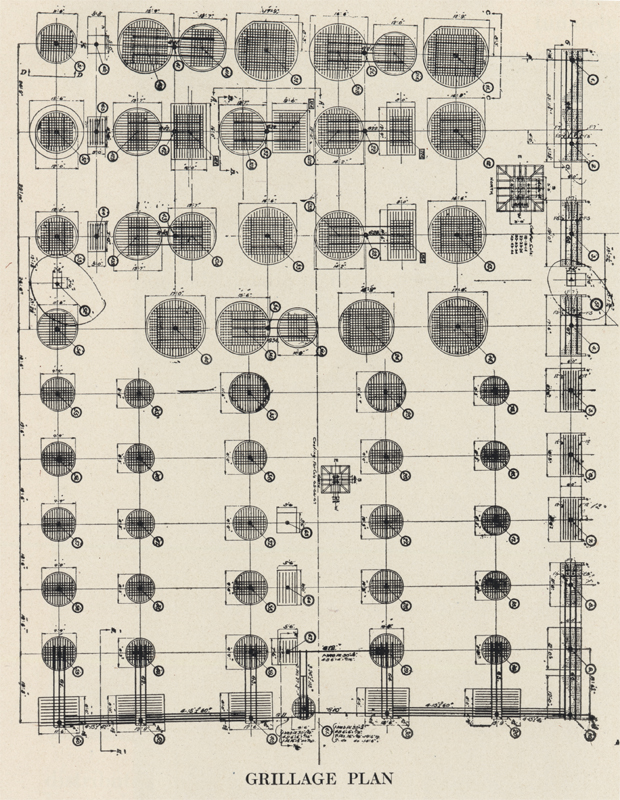 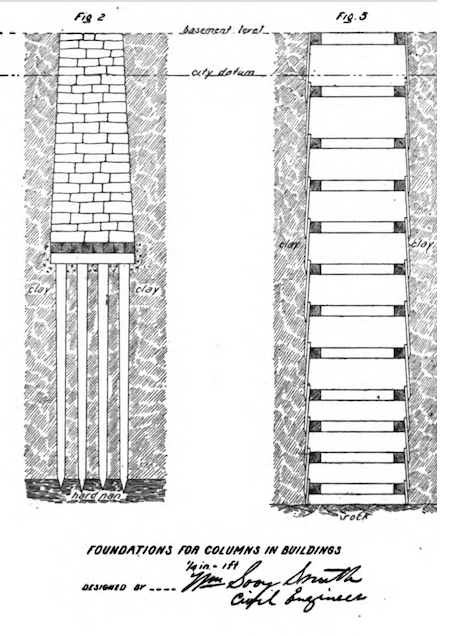 Chicago and New York offered a handful of very different preconditions that influenced the way skyscrapers were designed and built in the two cities. Chicago’s murky soil forced engineers to carefully parse their structures into point supports and broad, snowshoe-like pads, which suggested structures above could be thought of as more skeletal frames than continuous walls. The city’s large, regular lot sizes also allowed a regularity in structural grids, and its laissez-faire politics permitted thinner walls than other, eastern cities—at least through 1893, after which unions and builders began a pitched battle over the city’s building code.

The first session of the Construction History series focuses on Foundations to consider a “ground up” understanding about how buildings were constructed in each city, given the local conditions. Although Manhattan had abundant bedrock, even some of the tallest 19th-century skyscrapers did not rely on it. Small lots and slender towers were common conditions in the dense financial district, whereas Chicago’s big blocks and soft soil posed different problems. Friedman and Leslie will examine these issues through a series of case studies.

JARED M. GREEN will be the respondent to the talks. Green is a licensed professional geotechnical engineer in the Philadelphia office of LANGAN. He has nearly 20 years of experience working throughout the New York Metropolitan Area, Upstate New York, New Jersey, and Eastern Pennsylvania, leading multidisciplinary projects that include developing creative design solutions for performing excavation alongside historic structures and sensitive below-grade transit tunnels.

The video begins with a brief introduction by Museum Director Carol Willis, followed by individual presentations by Tom Leslie  and Don Friedman, then questions and dialogue with commentator Jared Green.