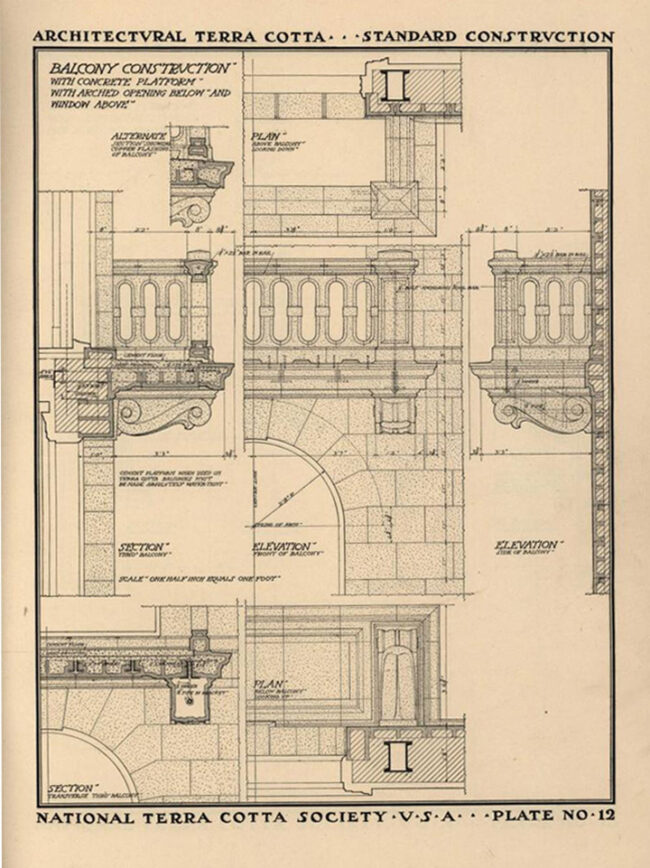 The fourth session of the Construction History series will examine the various dimensions in which the threat of fire affected skyscraper development. Claims of "fireproof building" were regularly disproved, often in cataclysmic fashion. Iron promised improvements over timber, but Chicago's Great Fire in 1871 revealed its vulnerability to collapse. Brick remained the only truly fireproof material, but owners and designers remained frustrated by its weight and inefficiency. The advent of lightweight terra cotta allowed architects to combine ceramic's resistance to fire with iron's efficient strength, leading to hybrid structures that allowed the safe exploitation of the skeletal frame.

ALEXANDER WOOD will be a respondent to the talks. Wood is a historian of American architecture and urbanism, with a particular interest in the history of capitalism, construction, and labor. He received his Ph.D. in Architecture from Columbia University's GSAPP in 2020, and he is currently the Helen and Robert Appel Fellow in History and Technology at the New-York Historical Society.

The video begins with a brief introduction by Museum Director Carol Willis, followed by individual presentations by Don Friedman and Tom Leslie, then questions and dialogue with commentator Alexander Wood.