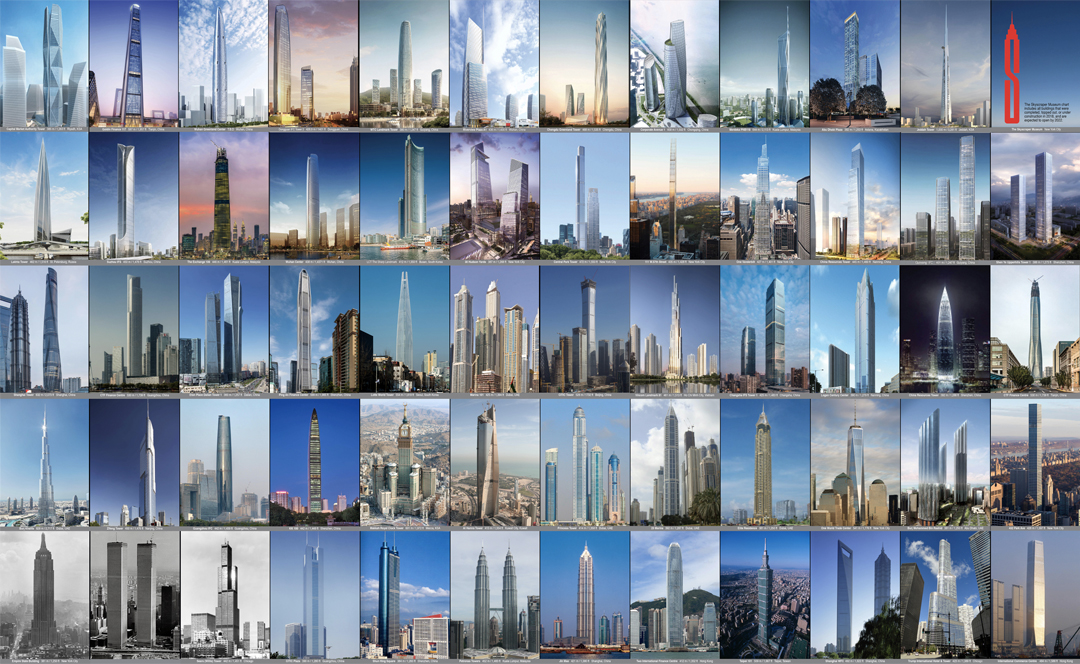 How tall is Supertall?  The Skyscraper Museum sets its bar high: 1,250 feet/ 380 meters, the height of the Empire State Building.  The popular benchmark of 300 meters – about 1,000 feet – favors round numbers, but represents a 19th-century standard, the Eiffel Tower.  Skyscrapers began to exceed 300 meters only in the late 1920s in New York City, where the Chrysler Building and Empire State were the only structures of that height until the World Trade Center in the 1960s. Today, 300 meters is fairly common, with more than 200 buildings of that height worldwide. But towers of 380 meters remain exceptional: our survey counts only 58.

Where are the world’s tallest buildings today? The early 2000s saw a surge in international construction, especially in the emerging economies of the Middle East and China. In Dubai, the Burj Khalifa, completed in 2010, stretched to 2,717 feet/ 828 meters. China dominates all countries with 30 supertalls in sixteen different cities. Southeast Asia is emerging as a sphere of ambition, and Russia completed Europe’s first supertall. In New York, where after 9/11 many believed there would be no new skyscrapers, there are now six towers taller than the Empire State, the most of any city on the planet.

A contest for superior height is not the driving force in all these projects, although status and commanding views clearly are important. Supertalls are expensive and exceptional buildings, but they are also now well established as 21st-century type. The exhibition features about a dozen of the most extraordinary recent towers, exploring ideas about formal and structural innovation, as well as the place of a signature tower in a master-planned, mixed-use complex that creates community and value on both the ground and in the sky.

Our 2020 Supertall Survey is a snapshot in time and is not continuously revised. It includes all buildings that in fall 2019 we believed would be completed by 2024. If towers were not completed as planned, they remain on the site and are annotated with updated information. 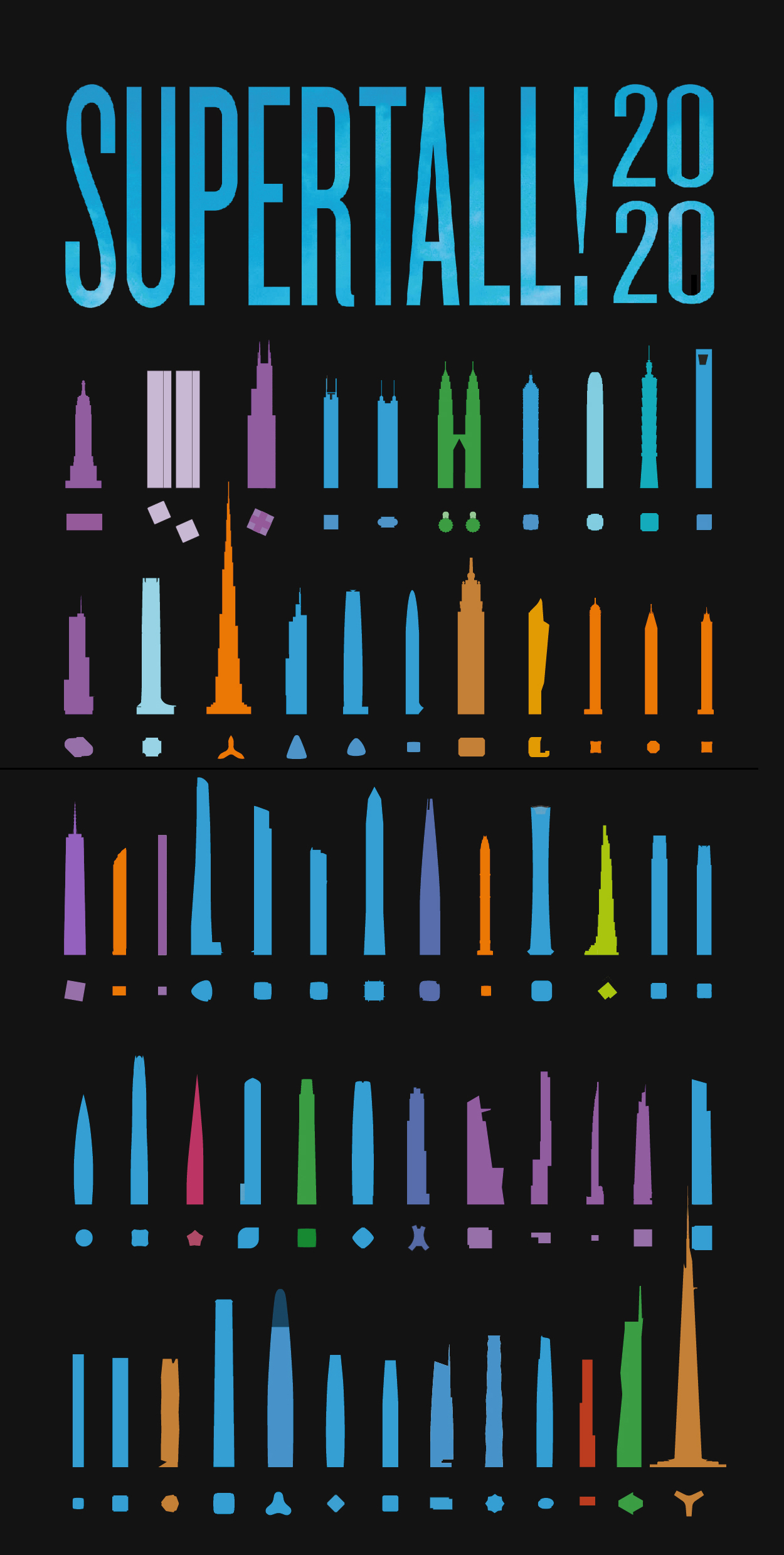