This remarkable panorama of Lower Manhattan, captured in January 1876, is one of the earliest photographs of New York at the dawn of its high-rise history. Taken from a high vantage – the eastern tower of the Brooklyn Bridge, under construction and as yet without connecting cables – the perspective reveals a dense urban fabric of 4- and 5-story buildings, sprawling from the harbor to Pike Slip (now under the Manhattan Bridge). The monumental Manhattan tower occupied the center of the original photograph, which joined five separate exposures into a single image: we have reproduced only three panels here. The city is so uniformly low-rise that one sees clear across the island to the Hudson River and New Jersey. The only structures that interrupt the horizontal mass are ship masts, church spires, and the clock tower and cupola of the city’s first skyscrapers, both completed in 1875, the Tribune and Western Union buildings. All-masonry structures, rising to 260 and 230 feet respectively, they were the first commercial buildings in the city of ten stories and among the first office buildings to employ the elevator, although those early machines were powered by steam engines. 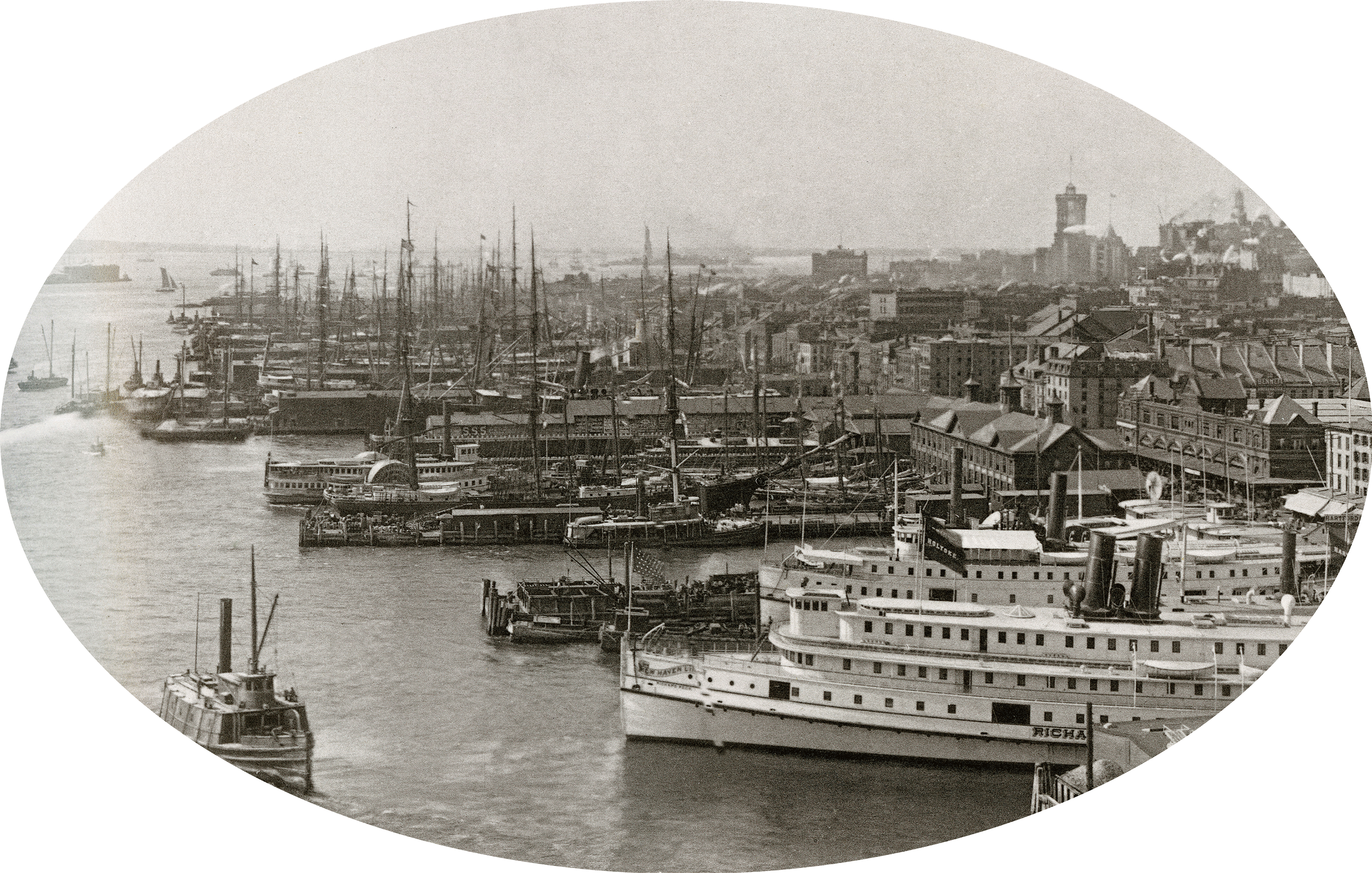 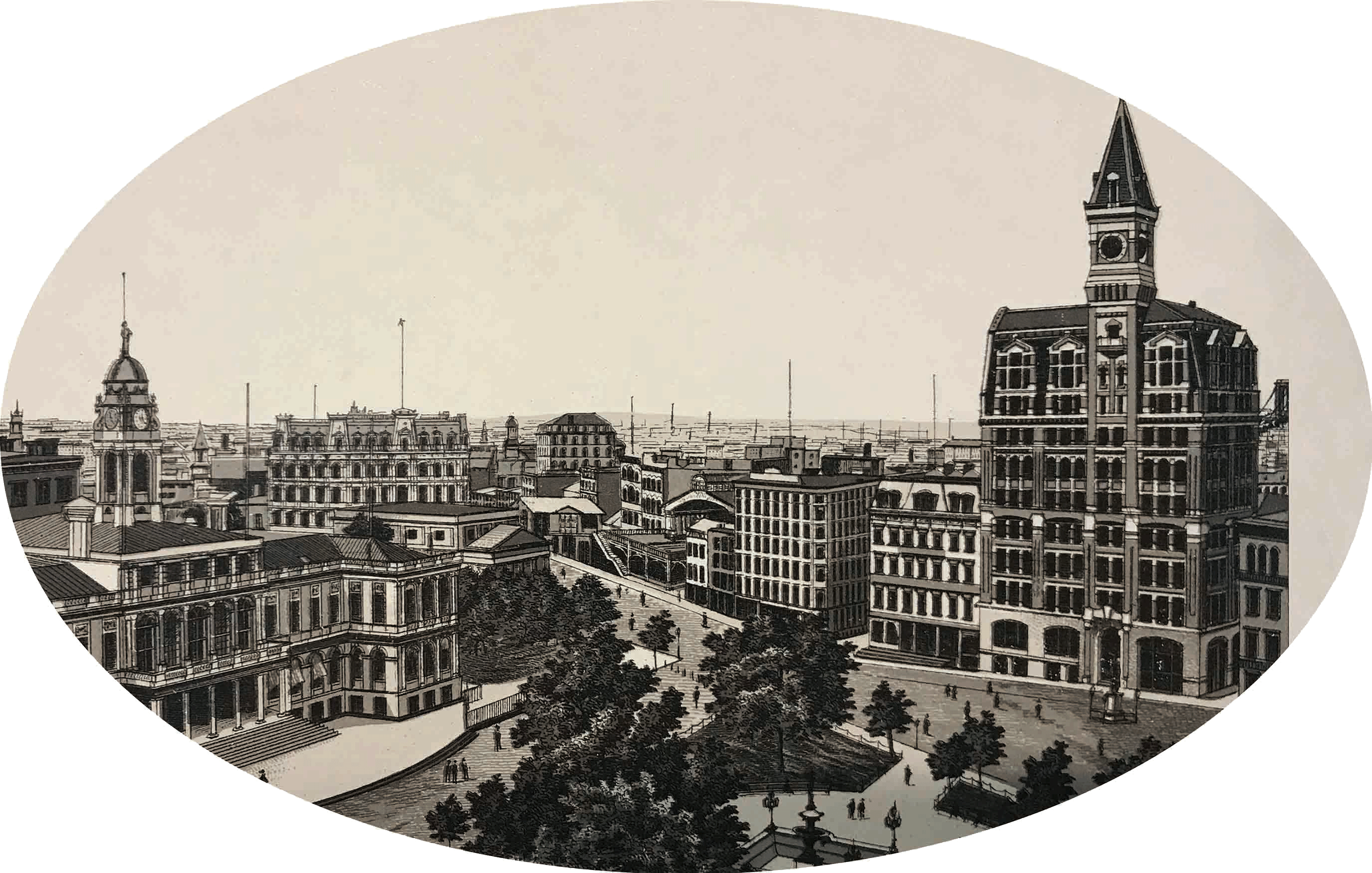 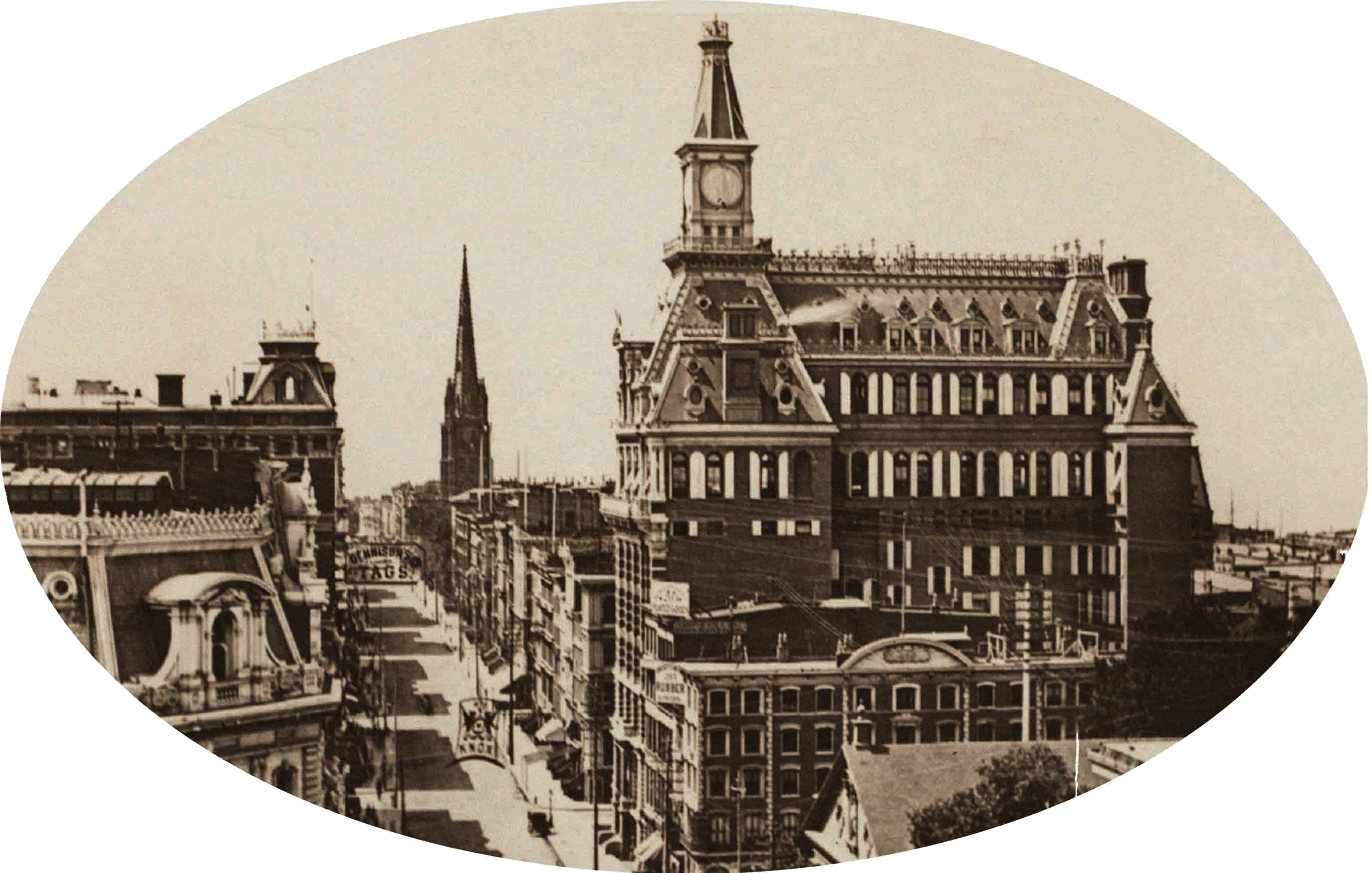 The photographer was Joshua H. Beal (1832–1902), a commercial photographer who advertised his services and studio at 16 Beekman Street. It must have been extremely difficult to haul his heavy equipment to the tower’s summit and to control the five radiating exposures of the glass plate negatives that he would later combine into the sweeping panoramic print. The precise history of the image is unclear. At more than 8 feet long, the combined print was an awkward size for display: in October 1876, an article reported that Beal mounted it on a stretcher 25 by 97 inches and offered prints for $25 ($600 today).  He entered it in the Photography section of the 1878 Paris International Exhibition and won an Honorable Mention. 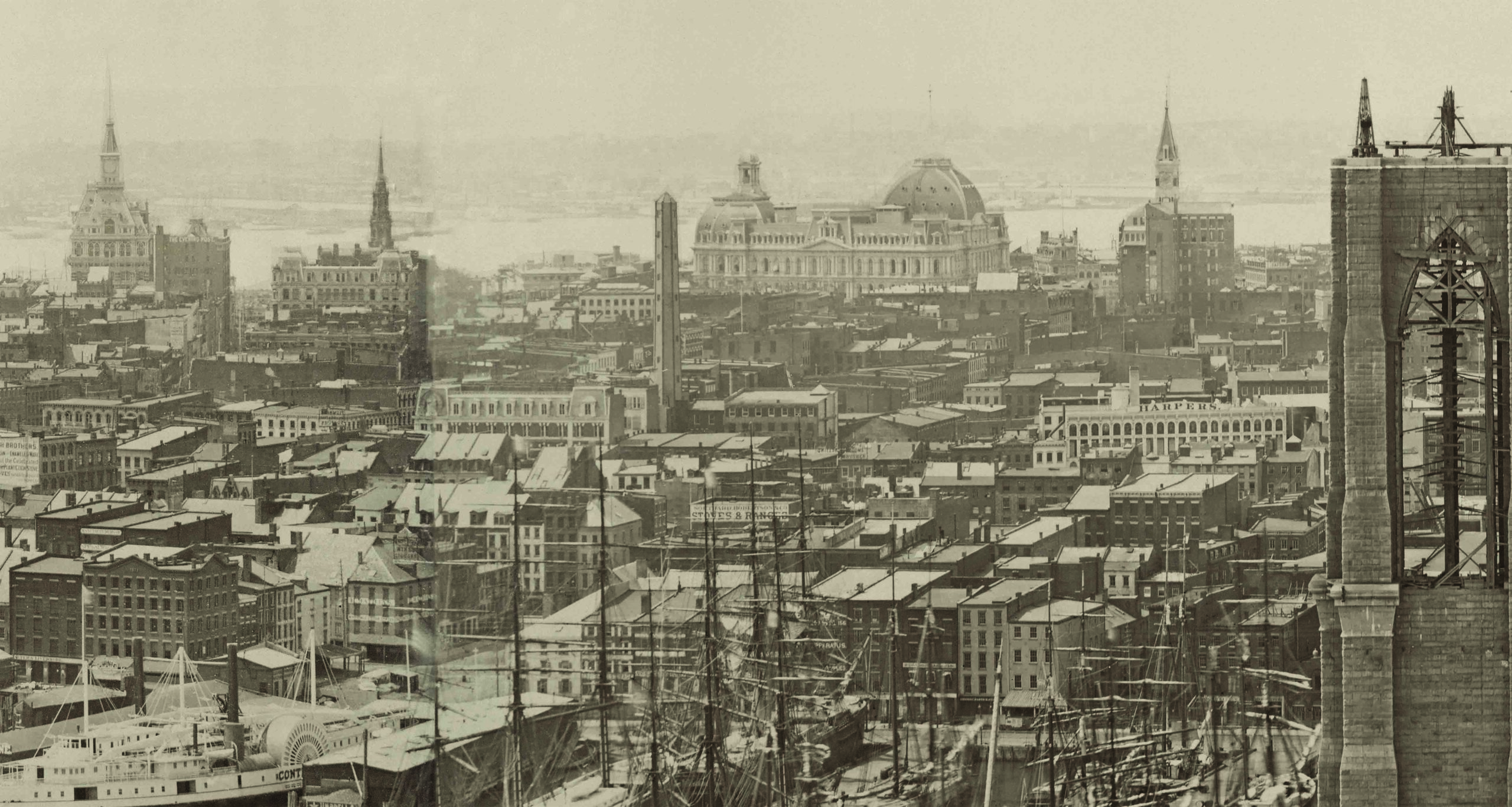 The year 1876 was a harbinger of the future vertical city, but the skyline remained relatively low until the next major spurt of office towers in lower Manhattan beginning in 1890, as the timeline above shows. The Tribune and Western Union buildings remained the tallest rooftops in the city through the 1880s, when most office buildings, as well as tall apartments and hotels (blue in the timeline), rose no higher than 150 to 180 feet.

Only four complete vintage prints of the Beal photograph seem to have survived: one each in the collections of the New York Public Library, the New-York Historical Society, the Library of Congress, and one complete and one three-panel view in private hands. In addition, the Canadian Centre for Architecture owns an unusual composite collage that features the full-scale panorama surrounded by 52 images of “Buildings Occupied by Prominent Firms,” all individual photographs of typical 4- or 5-story structures that were pasted onto the background, but had type-set labels. This apparently unique piece, which may have been a mock-up for commercial publication that was never realized, makes especially clear how, through the 1870s, the city remained a densely-built mass of typical low-rise office and business buildings where upper floors were still accessed by stairs, not elevators.