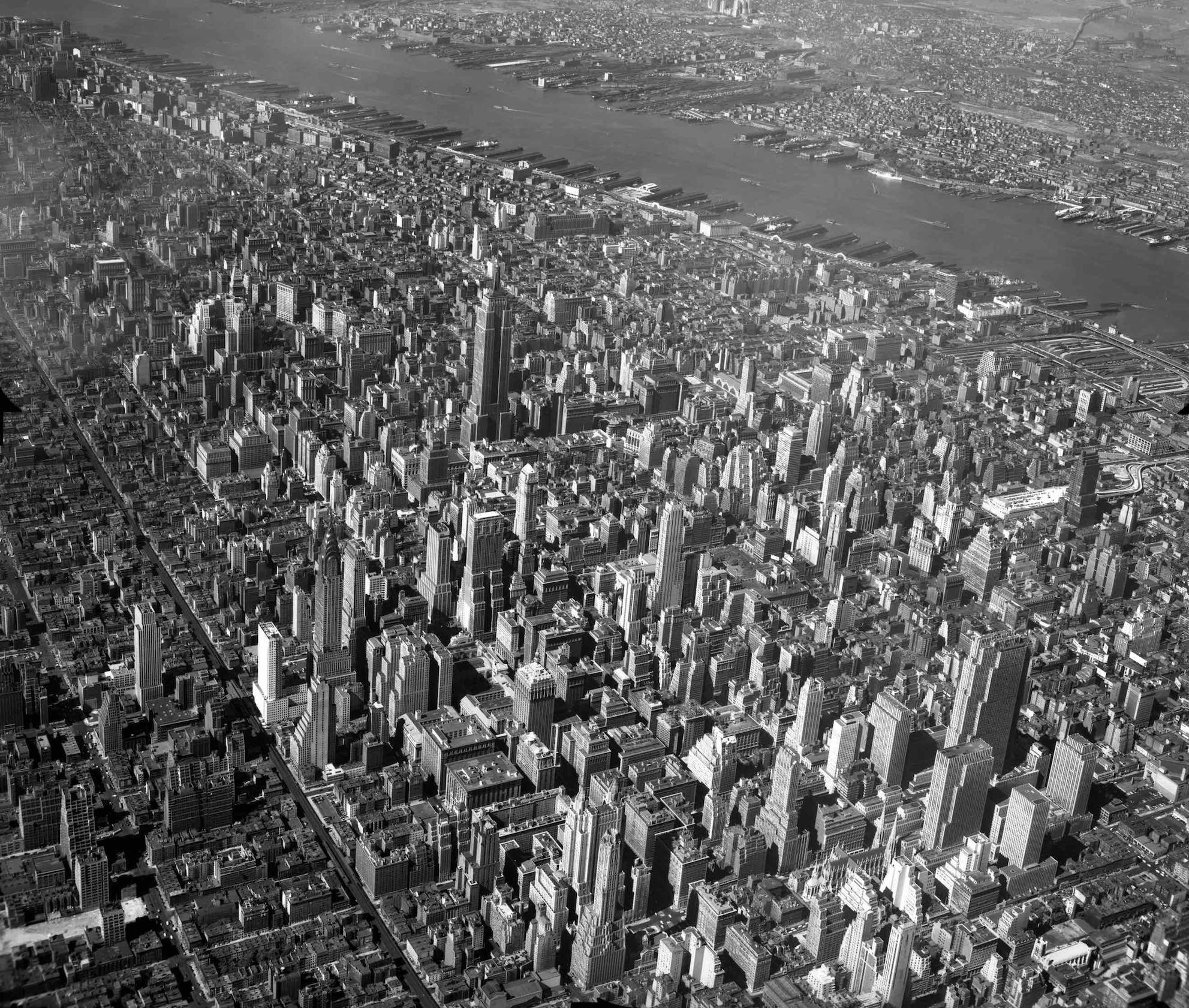 Midtown occupies the center of the island, so its skyline is best viewed not as a frieze from the water, but from on high, as a crowded chessboard with pieces covering every square. This 1949 Fairchild Aerial Survey photograph below shows the pyramidal mound of the Financial District in the foreground, and about four miles to the north, the beginnings of modern Midtown, dominated by the two giants, the Empire State and the RCA Building, the centerpiece of Rockefeller Center. The majority of skyscrapers still lined Fifth and Madison avenues.

The anchor for modern Midtown and the corporate corridor of Park Avenue is clearly Grand Central Terminal at 42nd Street. But when and how did high-rises come to this area and then expand northward, as well as fill out the east-west swath of blocks from 34th Street to 59th Street?

Even before the completion of the Beaux Arts terminal in 1913 – which replaced the 1871 Grand Central Depot – high-rise development had begun in the area in the form of large hotels, such as the 14-story Manhattan (1897), and continued with the Biltmore (1913), Commodore (1919), and Roosevelt (1924) in the area dubbed “Terminal City.” In the 1920s, true skyscraper hotels, often for extended residence, concentrated on Lexington Avenue: these included the Shelton (1924), the Beverly and Lexington (1927; 1929), and in 1931, the mountainous, ultra-luxury Waldorf Astoria on Park Avenue. 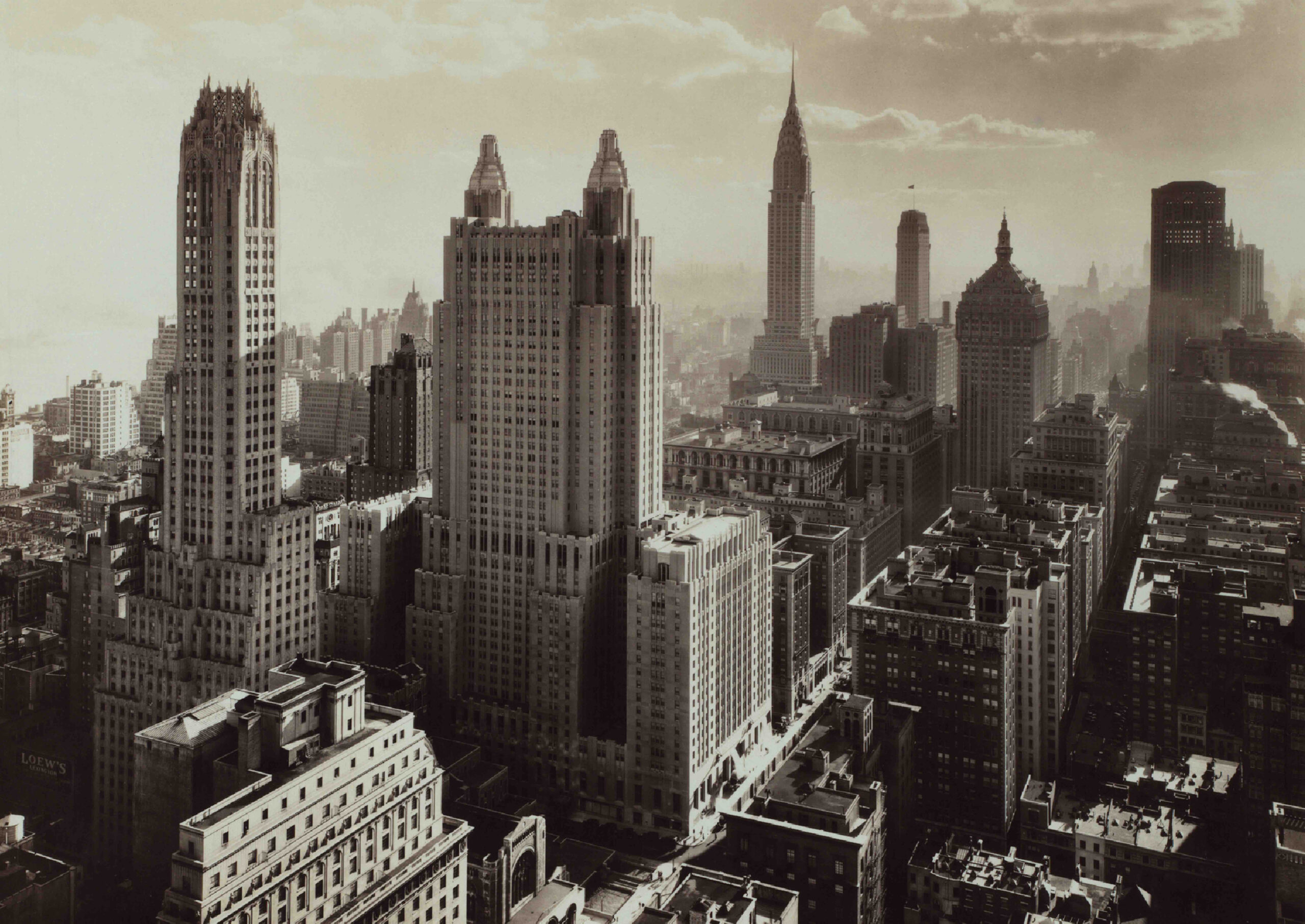 Office buildings followed a similar pattern of high-rise growth on an east-west axis of 42nd Street. For a decade after 1904, when the Times Tower pioneered skyscraper heights at the crossing of Broadway and 42nd Street, the theater area renamed Times Square remained intensely urban, although mostly mid- and low-rise. In 1914, the 24-story Candler Building opened, then in 1917, the 30-story Bush Tower. The significant skyscrapers near Grand Central – the Chanin, Chrysler, Lincoln, Graybar, and Daily News buildings – were erected around 1927-1930: a photograph taken from the south shows the dramatic change of scale of the new development. Madison and Fifth avenues, as well as 57th Street in the Plaza District, also saw many new towers in the late 1920s. 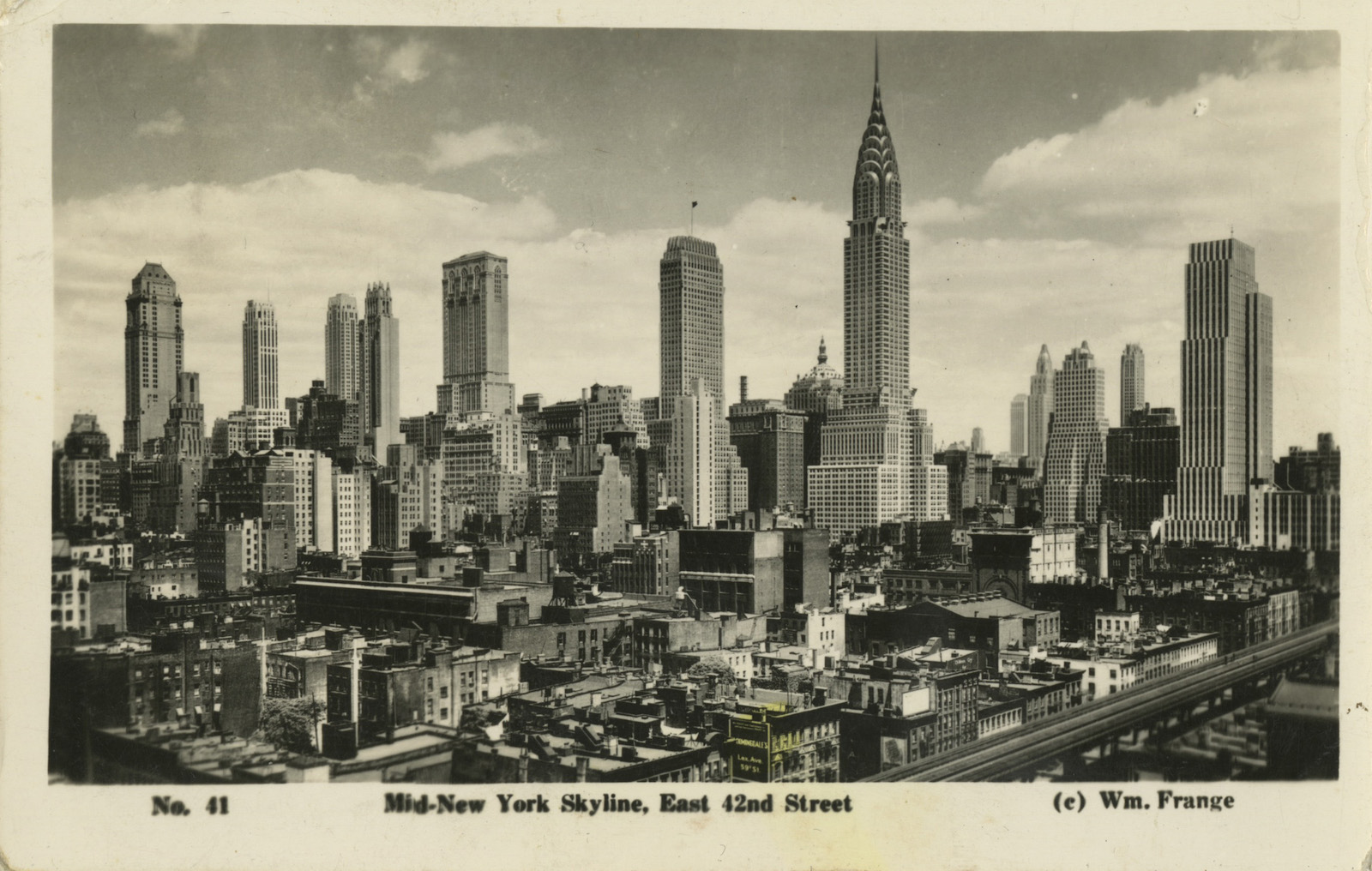 The large Fairchild Aerial Survey mural of Midtown in 1951 captures the multitude of setback skyscrapers from around 51st and Lexington Avenue, near the bottom, and the Empire State Building in the distance near the middle. In its singularity, as much as its height, the Empire State – the tallest building in the world from 1931 to 1971 – has always commanded attention. Yet its separateness from the concentration of towers and transit near Grand Central was a disadvantage for the rental market. Finished as the economy slipped into the depth of the Great Depression, it earned the nickname the “Empty State Building” and did not become profitable until 1951. In the competitive environment of New York, skyscrapers cluster for basic economic reasons: location, location, location. 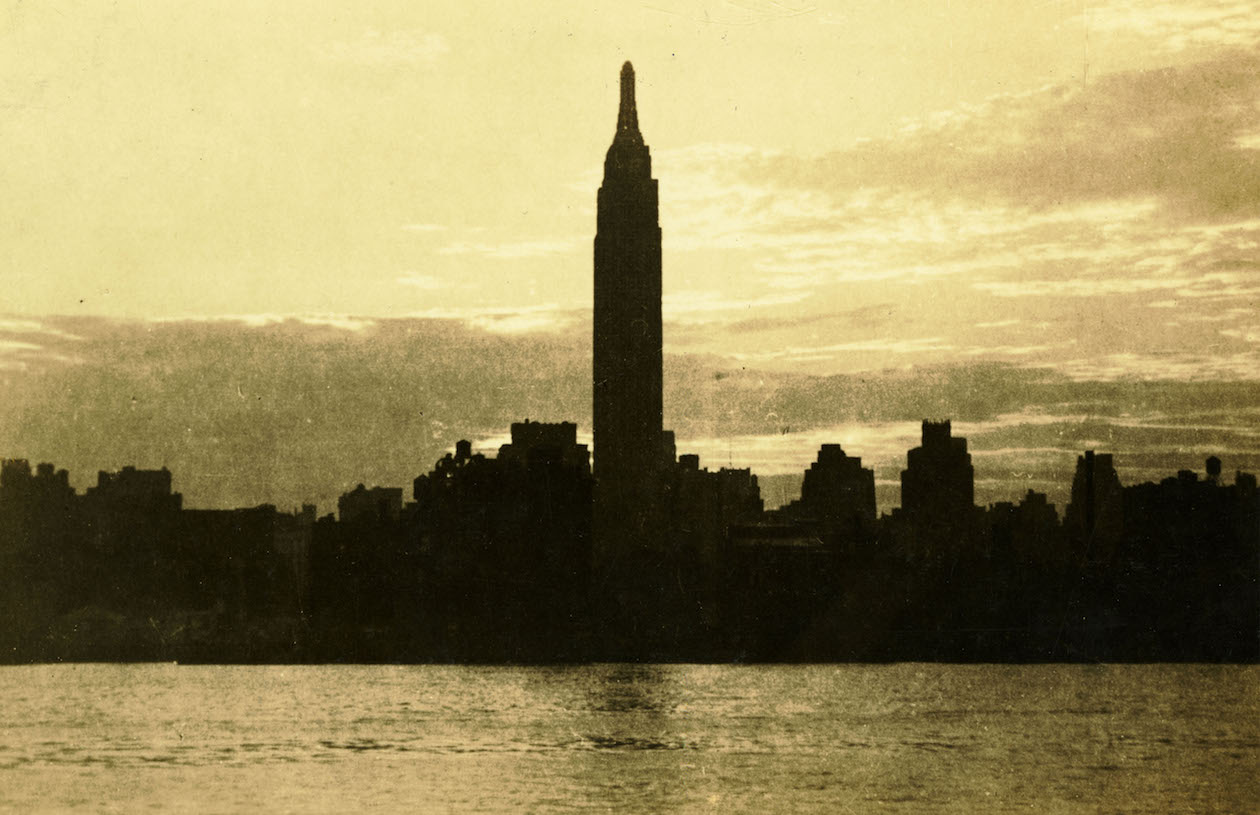