In the calculus of measuring density, the last factor illustrated by the models created for the exhibition is the size and number of apartment units. The students built six models of apartment types in projects featured in the Chelsea and Harlem District Models. In addition, they created three models that addressed new strategies of in-fill housing that increased the built density/lot coverage on NYCHA sites and one project for “micro-units,” a prototype for apartments smaller than those generally allowed under the current building code. 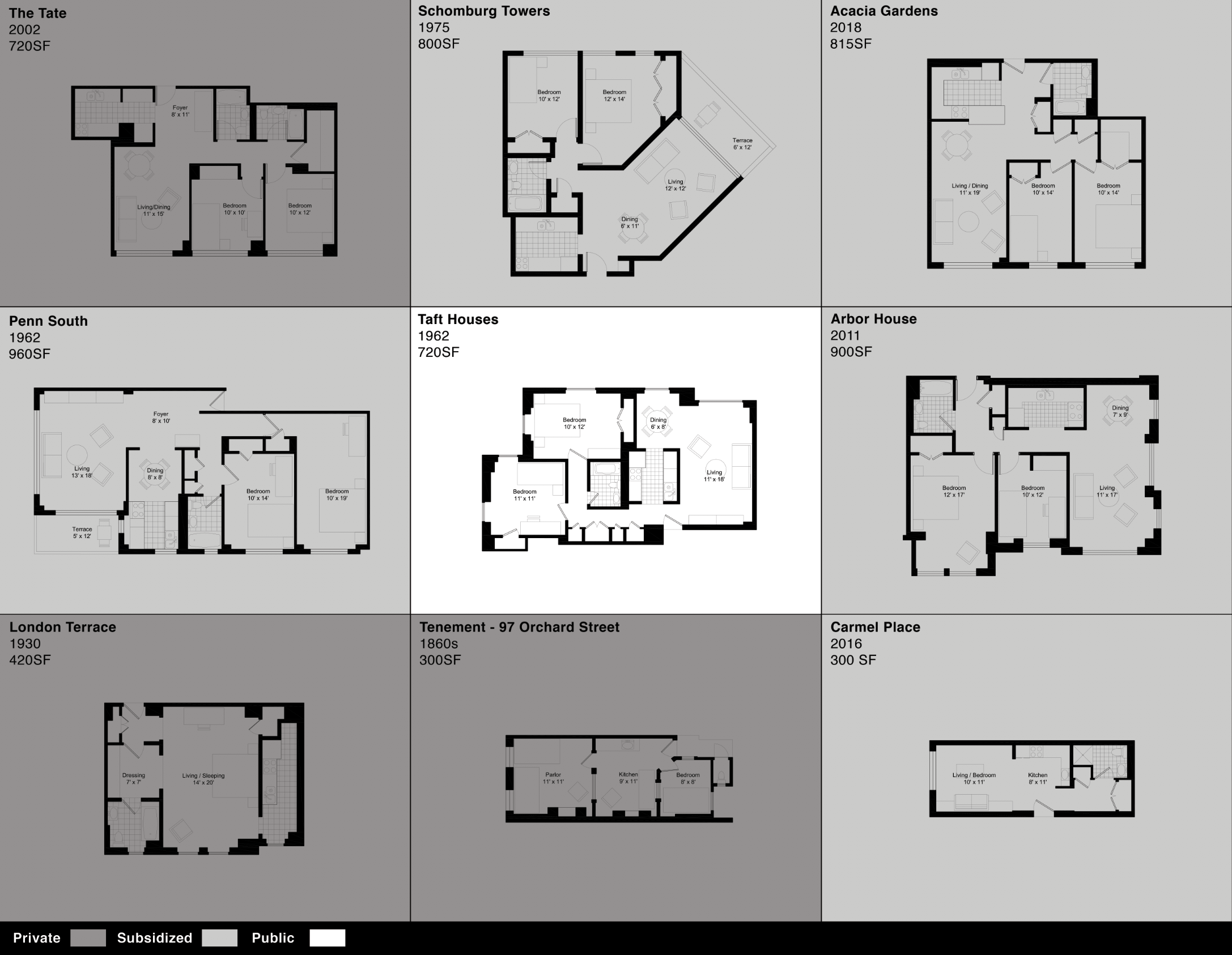 The compiled plans for the apartments featured in the Unit cases allow comparisons across the economic types of private-market, public, and publicly-subsidized projects. The areas of the apartments range from 300 sq. ft. – for the 1863 typical tenement and for the 2016 Carmel Place micro-units – to the 960 sq. ft. Penn South union-built housing. It is notable that the 2-bedroom apartment in NYCHA’s Taft Houses in Harlem affords 720 sq. ft., the same as the 2002 luxury rental the Tate in Chelsea. The 1930 studio in the privately developed London Terrace contains 420 sq. ft. and remains a highly-desirable apartment today.

Of course, the number of people who occupy an apartment will also affect the average population density, especially if there is extreme overcrowding. Around 1900, buildings on the Lower East Side like 97 Orchard Street, now the Tenement Museum, could have apartments of 300 sq. ft. occupied by up to ten people. Today’s similarly-sized micro-units would be occupied by one or two people.

From the mid-1930s, public housing was designed for families, with two bedrooms for a standard family of four.