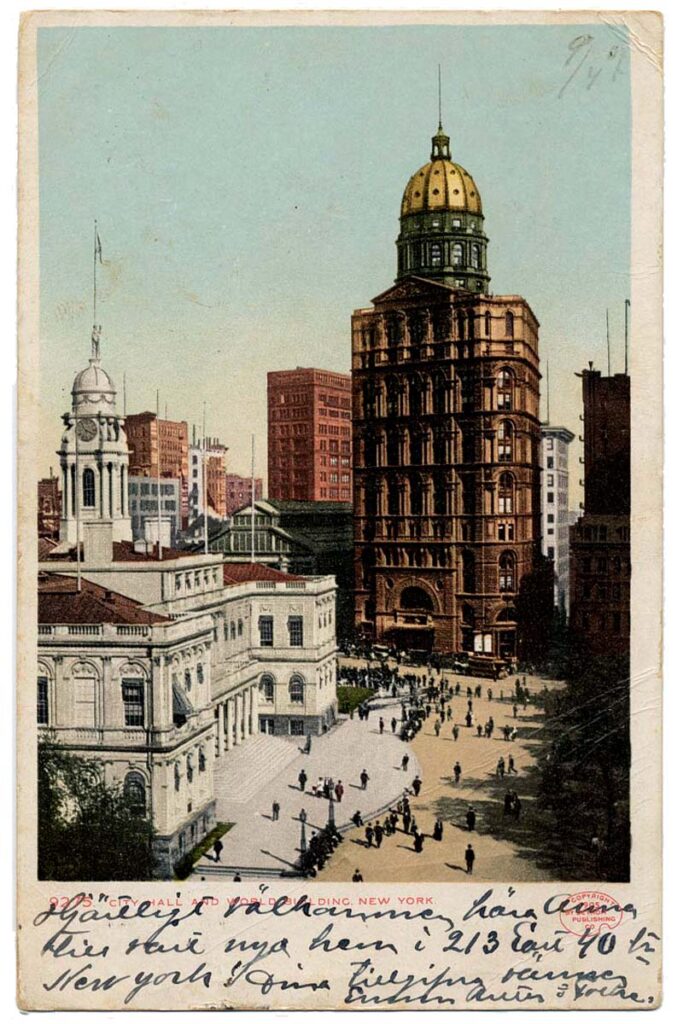 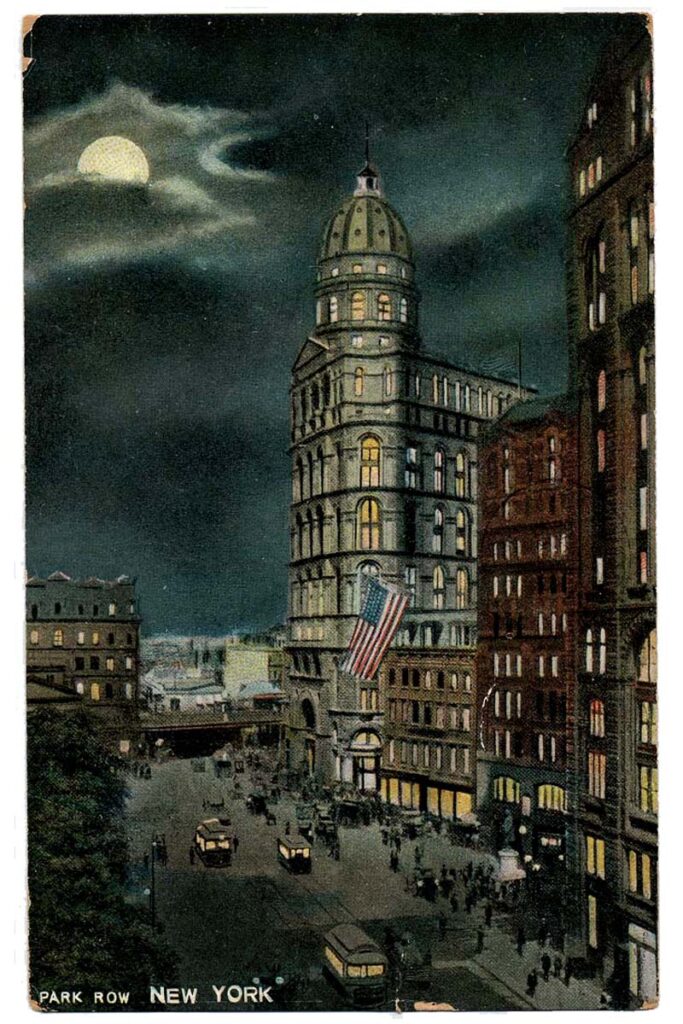 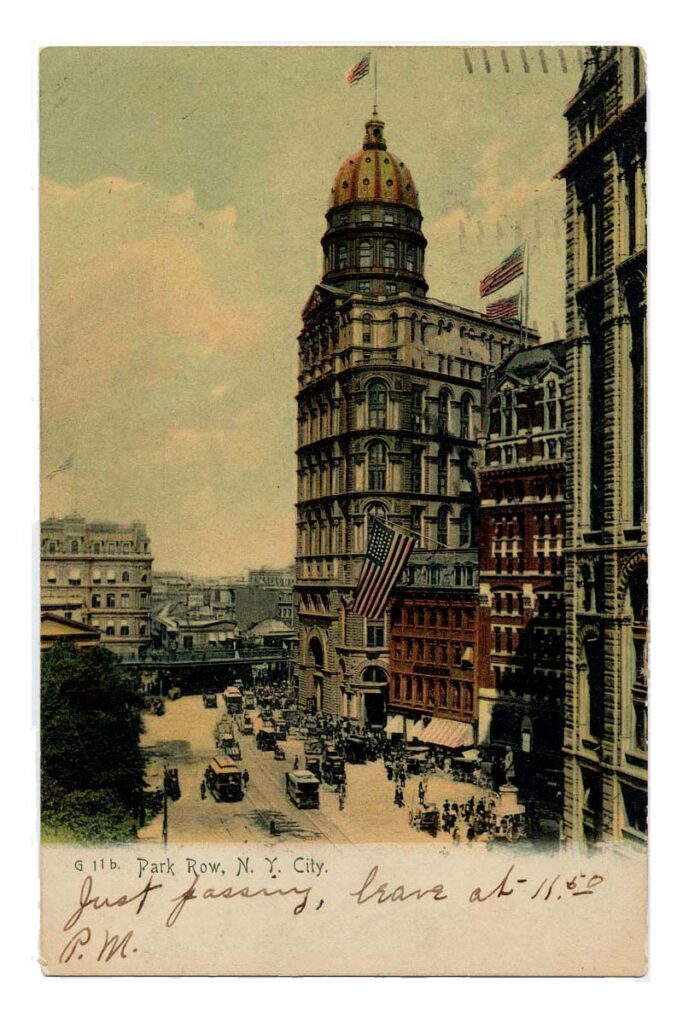 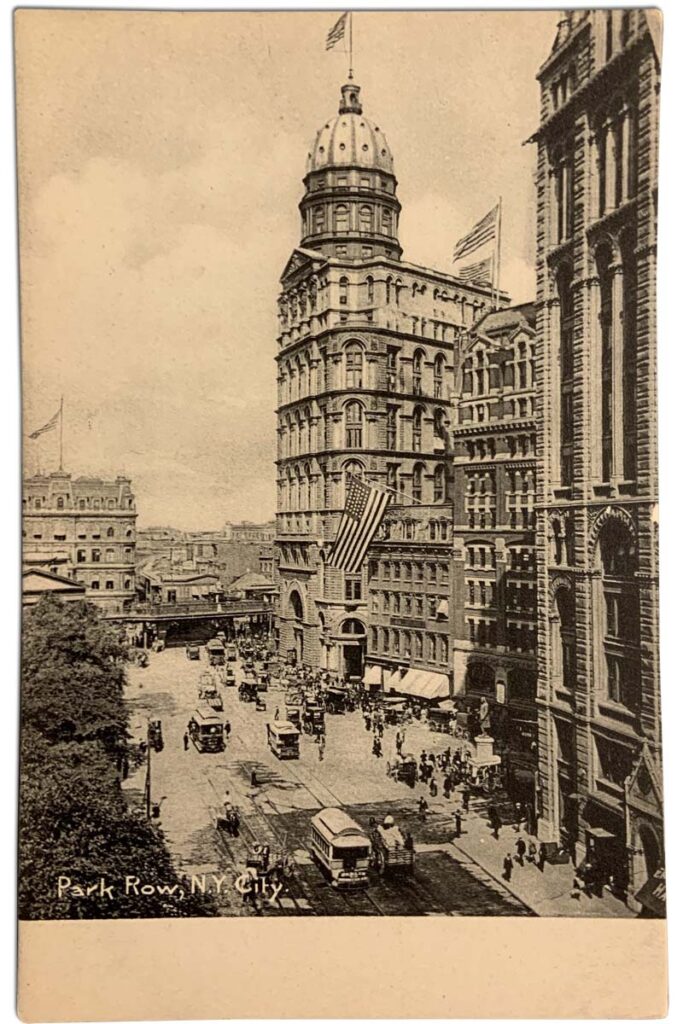 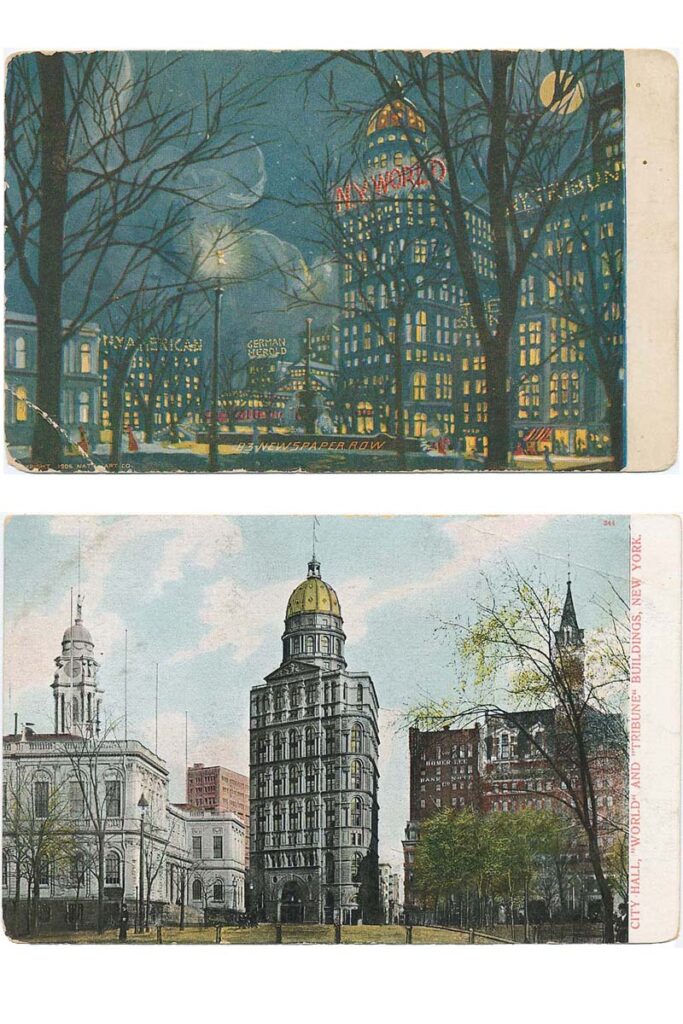 Located at the corner of Park Row and the now closed Frankfort Street, the New York World Building was the tallest of several high-rise structures built for major newspapers in the late 19th century. Commissioned by the famous editor Joseph Pulitzer and designed by the prolific architect George B. Post, the World (also known as Pulitzer Building) was the first building in New York to surpass the 284-foot spire of Trinity Church. It stretched 309 feet to the top of the lantern (measured from the steep grade of Frankfort Street rather than the main frontage on Park Row). The number of stories is disputed; estimates range from the 26 stories claimed by the World to the 16 or 18 suggested by recent scholars. Pulitzer placed his private office at the second level of the dome where he could easily look down on the other buildings of Newspaper Row. The paper used the lower floors and basements for its large presses and the sunlit top floors for copy-editing; the remainder were rented out to tenants, generating income for the World.

The structural system of the World Building was a hybrid "cage" frame. Steel framing was used to support the interior structure, but the exterior masonry walls contributed lateral stability and some vertical support. Columns embedded in the exterior walls carried the floor loads, transferring lateral forces between the frame and the masonry. The facade was red sandstone, brick and terra-cotta, with red and gray granite at the arched entryway. In 1890, the building's height appalled some critics who called it "high-shouldered" and "hideous."

The World Building was demolished in 1955 for the expanded automobile entrance to the Brooklyn Bridge.