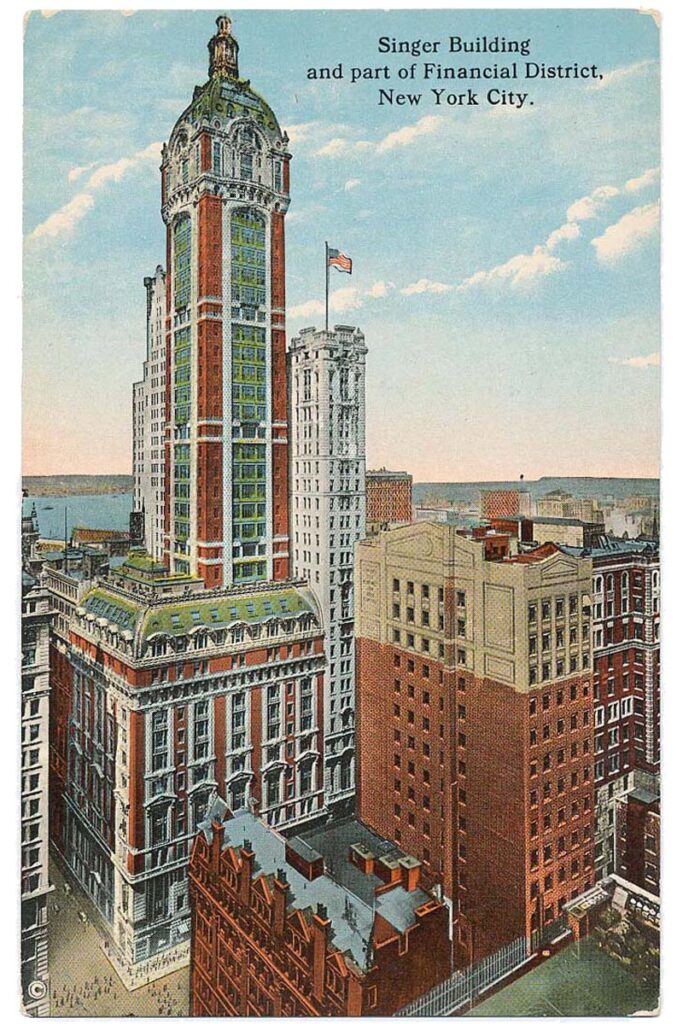 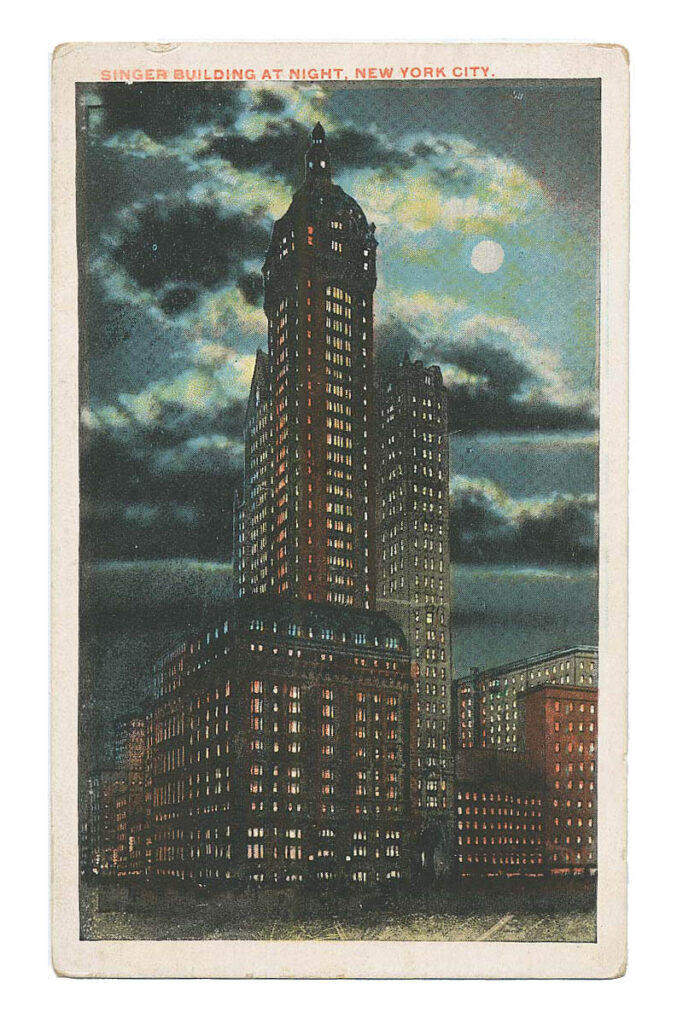 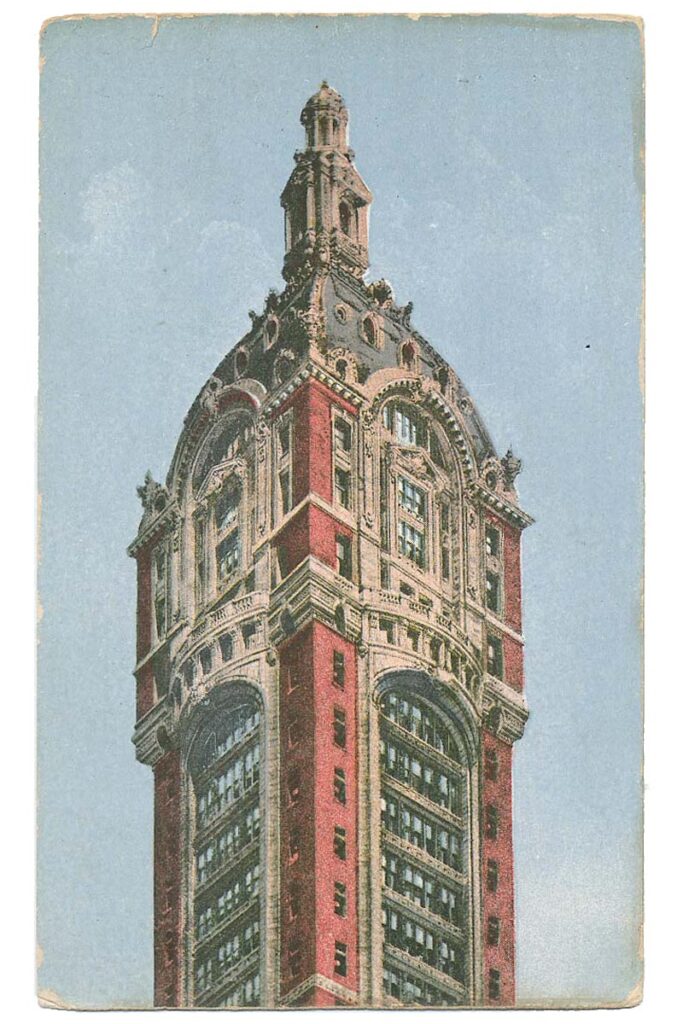 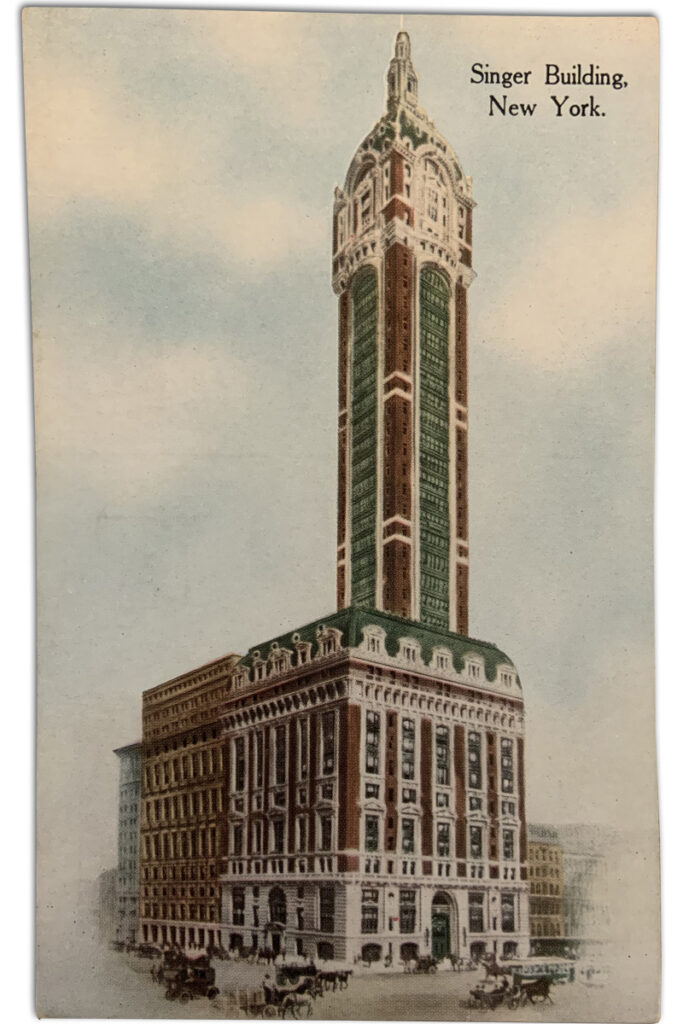 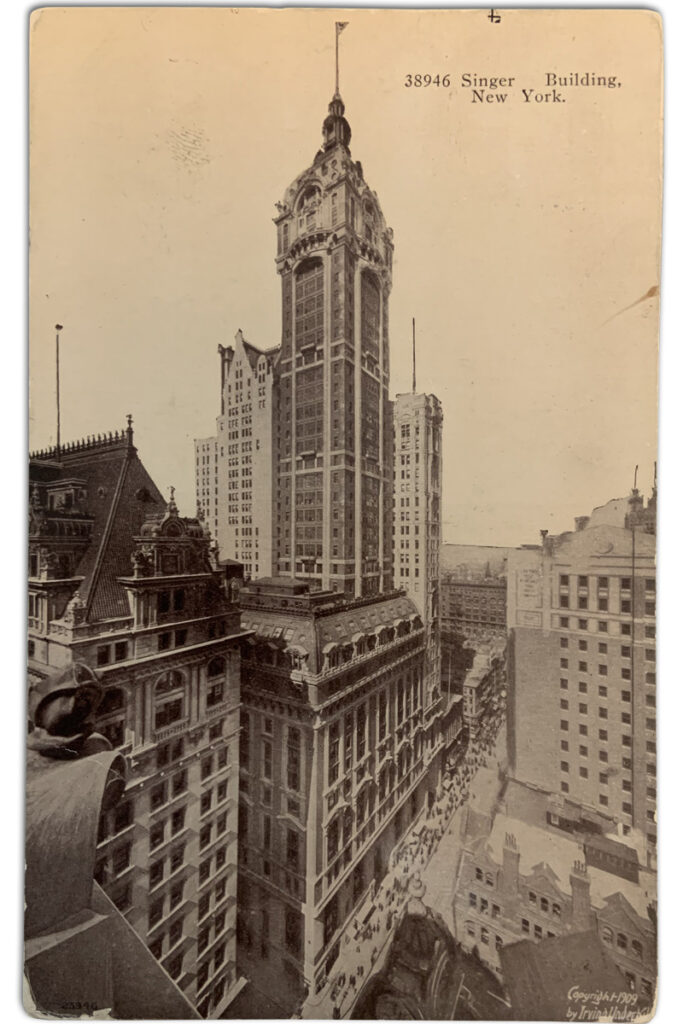 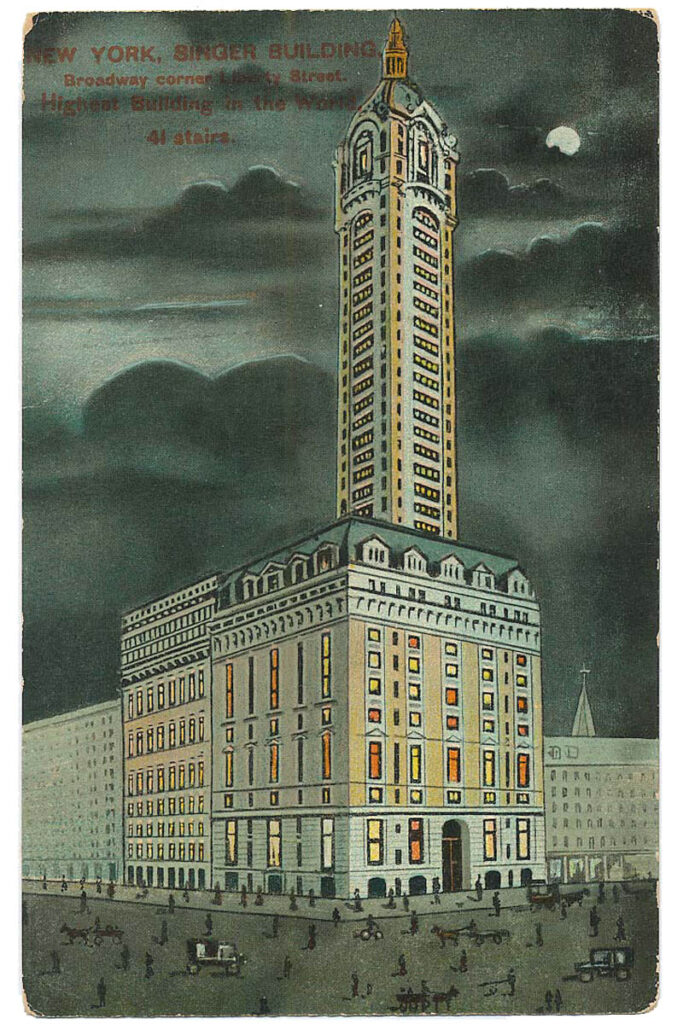 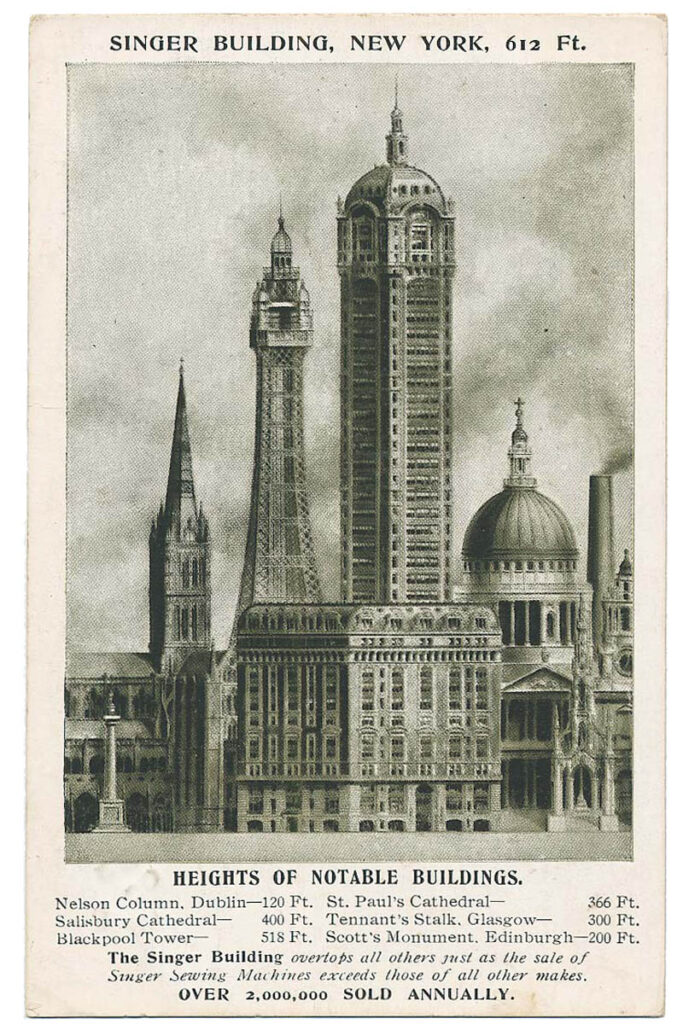 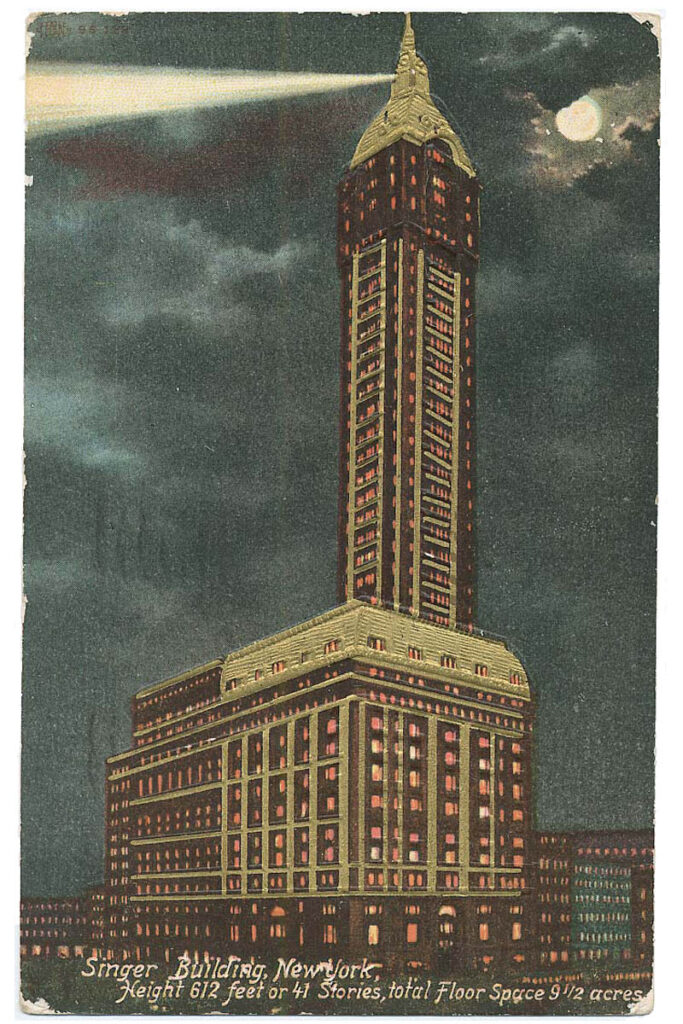 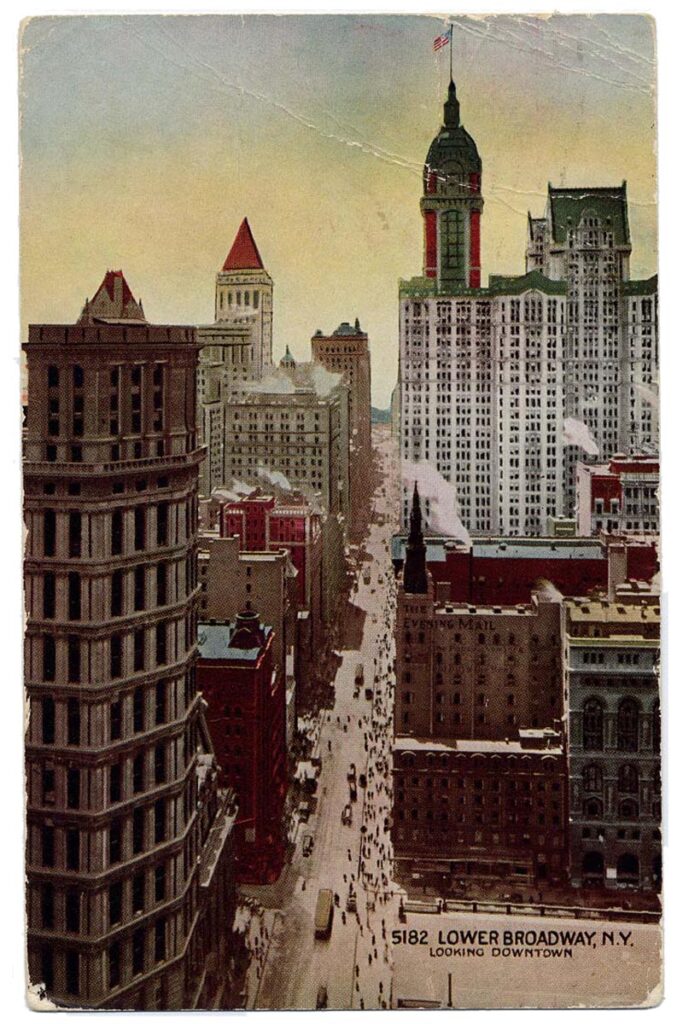 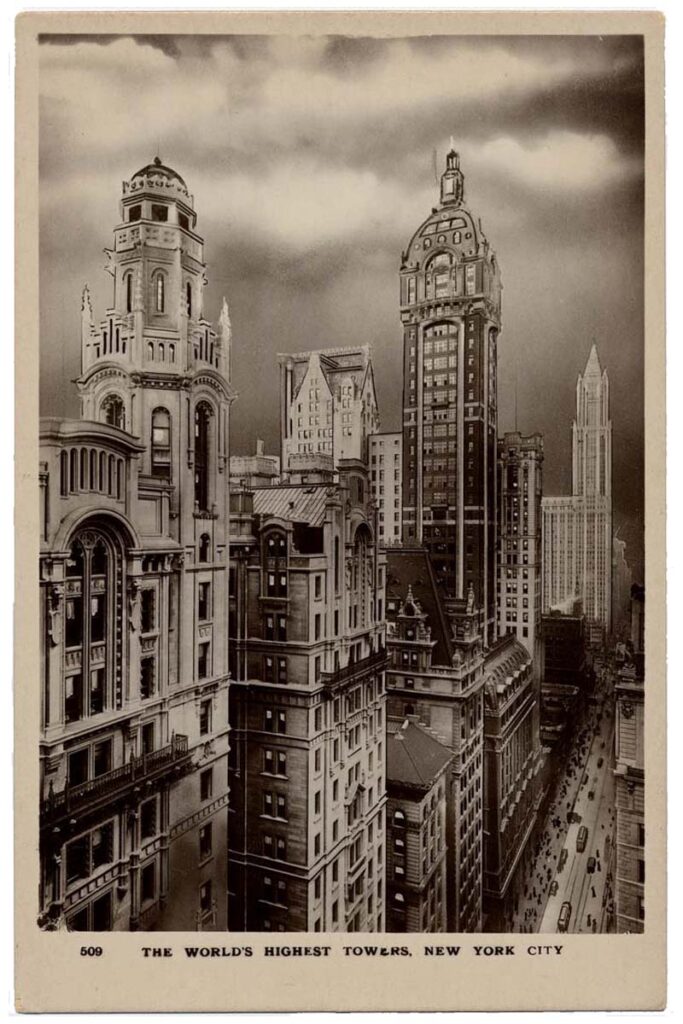 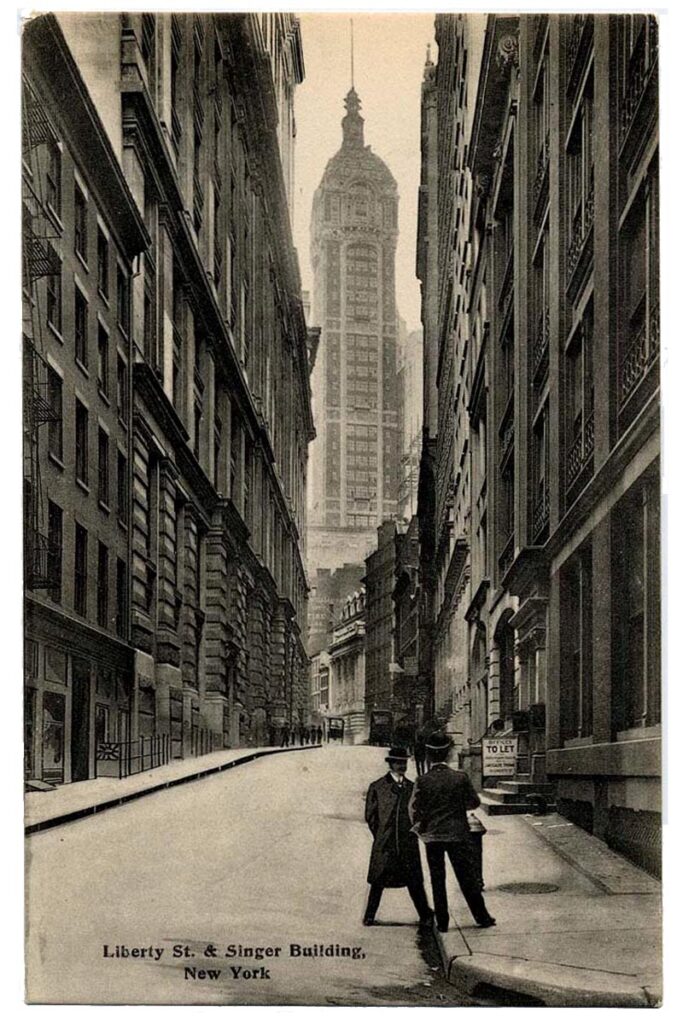 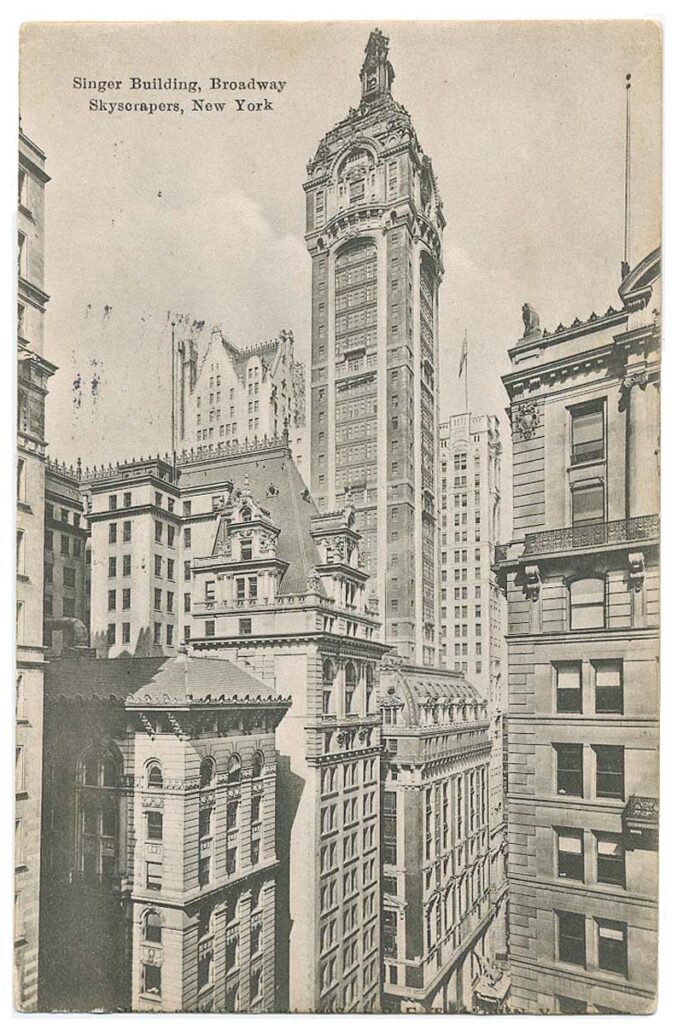 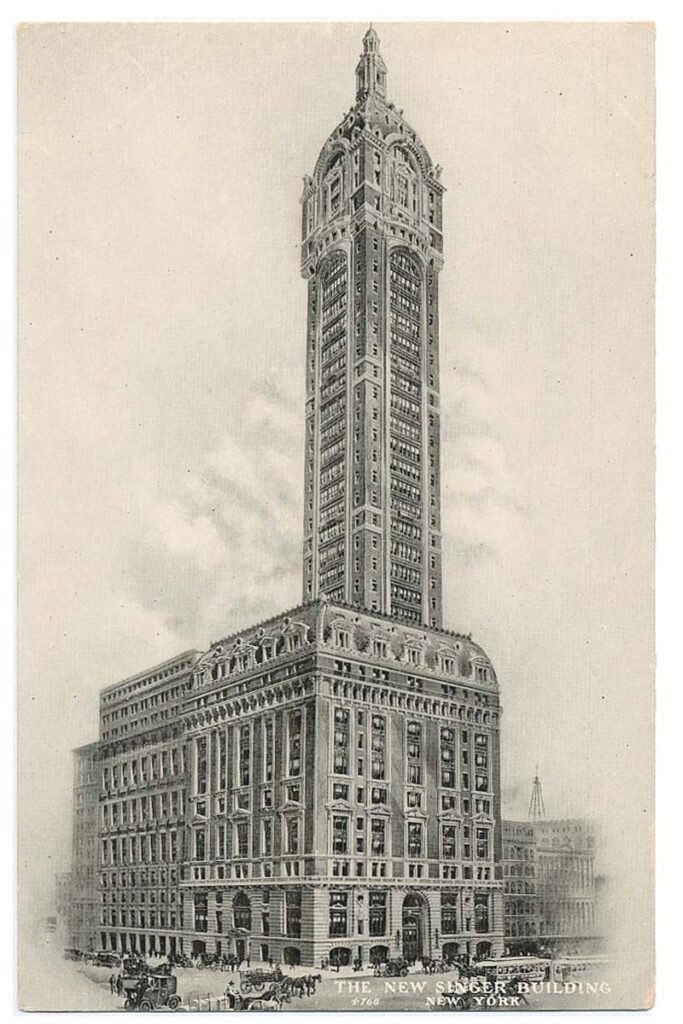 Plans to enlarge the Singer Company headquarters at Broadway and Bourne Street in lower Manhattan began in 1902 when the sewing machine company purchased properties to the north and west. The first design by architect Ernest Flagg was a thirty-five story tower, but the company soon decided to nearly double that height with a tower of almost 600 feet. Completed in 1908, just twenty months after the foundations were set, the Beaux-Arts style tower of red brick and bluestone stretched to 612 feet, besting the Park Row Building by 226 feet. Chief engineer Otto F. Semsch tackled the problem of windbracing for the slender tower and the construction of the costly caisson foundations. Although significantly taller than previous skyscrapers, the Singer Tower held the title for only a year, when it was surpassed by the Metropolitan Life Tower.

In 1963 the Singer Corporation sold the building, and in 1968 it became the tallest building ever demolished as it made way for the U.S. Steel Building (now known as 1 Liberty Plaza).