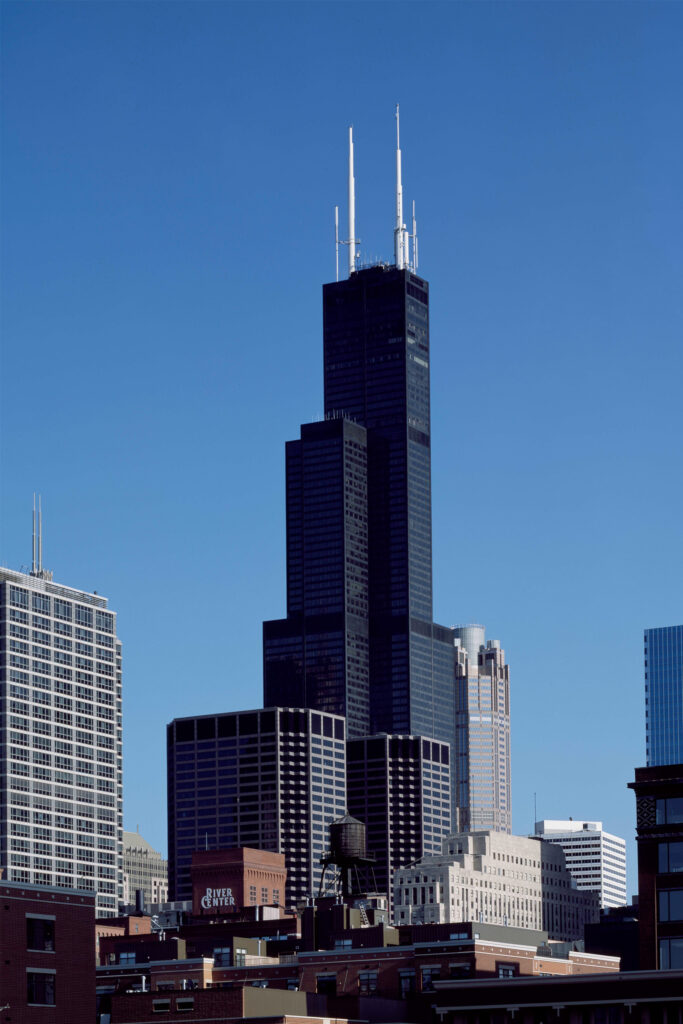 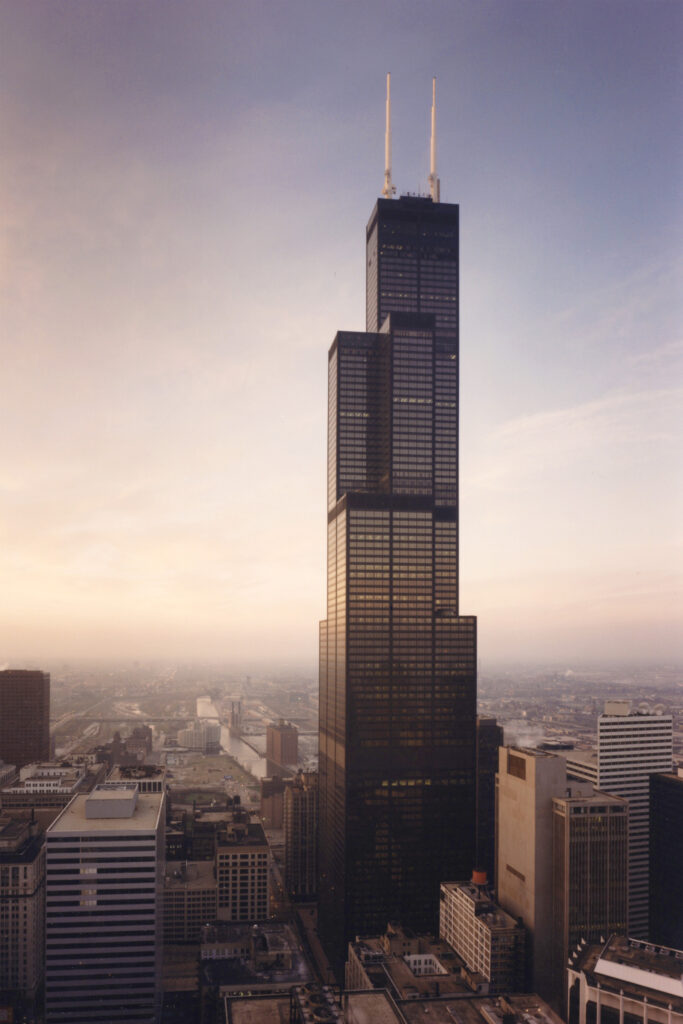 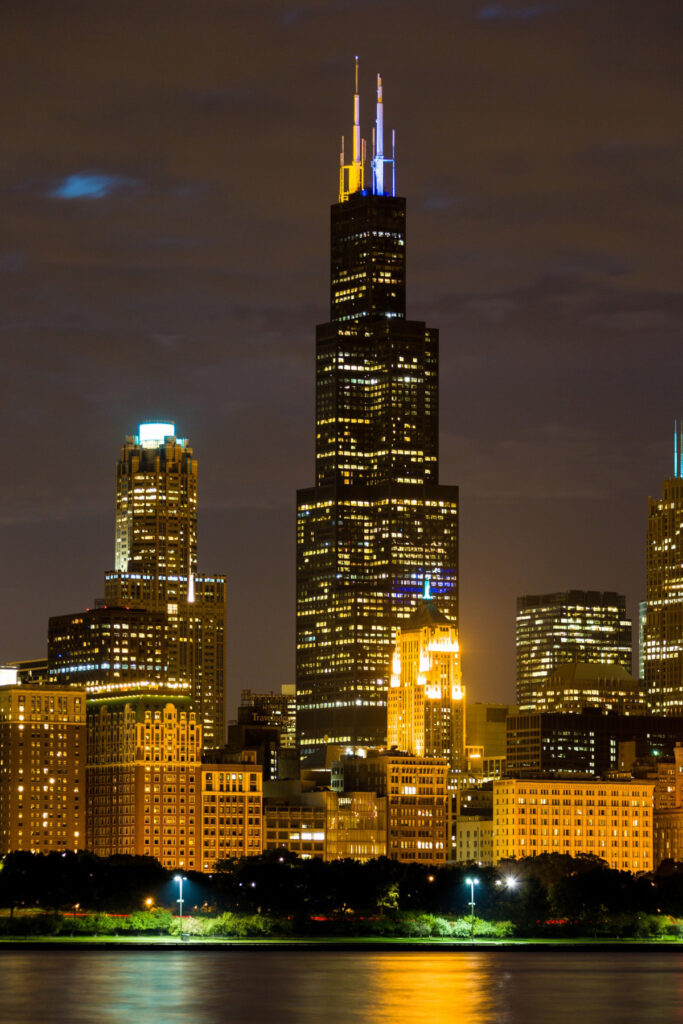 In the late 1960s, Sears Roebuck and Company, then the world's largest retailer with $8.9 billion in sales, decided to consolidate its administrative operations in downtown Chicago. The company determined it needed 3 million ft2 of office space with floors of 50,000 ft2 to accommodate its 13,000 employees in their major departments.

The first designs were for a boxy structure exclusively for Sears, but the architects and real estate advisors pressed for a taller tower with upper floors for tenants. The building slowly stretched to 4.5 million ft2 and 110 stories, and in July 1970, Sears trumpeted its plans for the world's tallest building. At 1454 feet, its height surpassed the World Trade Center by 100 feet and was, according to Sears "as tall as the FAA (Federal Aviation Administration) will let us go." For more than twenty years after its completion in 1974, Sears Tower remained the tallest skyscraper, and it is still the largest.

As designed by architect Bruce Graham and engineer Fazlur Khan of the Chicago office of Skidmore Owings and Merrill (SOM), the structure was a "bundled tube" system of nine squares with sides of 75 feet (for an overall 225 x 225 ft), sheathed in a curtain wall of dark tinted glass. Above the fiftieth floor, some squares dropped away as the tower rose to create smaller floor plates and a distinctive stepped silhouette.

The Tower is fronted by a separate tourist entrance, the Skydeck Pavilion added in 1985 by Skidmore Owings and Merrill. The Sears attracts some 1.5 million tourists each year, despite the loss of its title to the Petronas Towers in Kuala Lumpur in 1997. Though no longer the tallest building in the world, the Tower is still title to the world's highest occupiable floor and the highest roof deck, and an elevator ride. On a clear day, it is possible to see four states from the top.