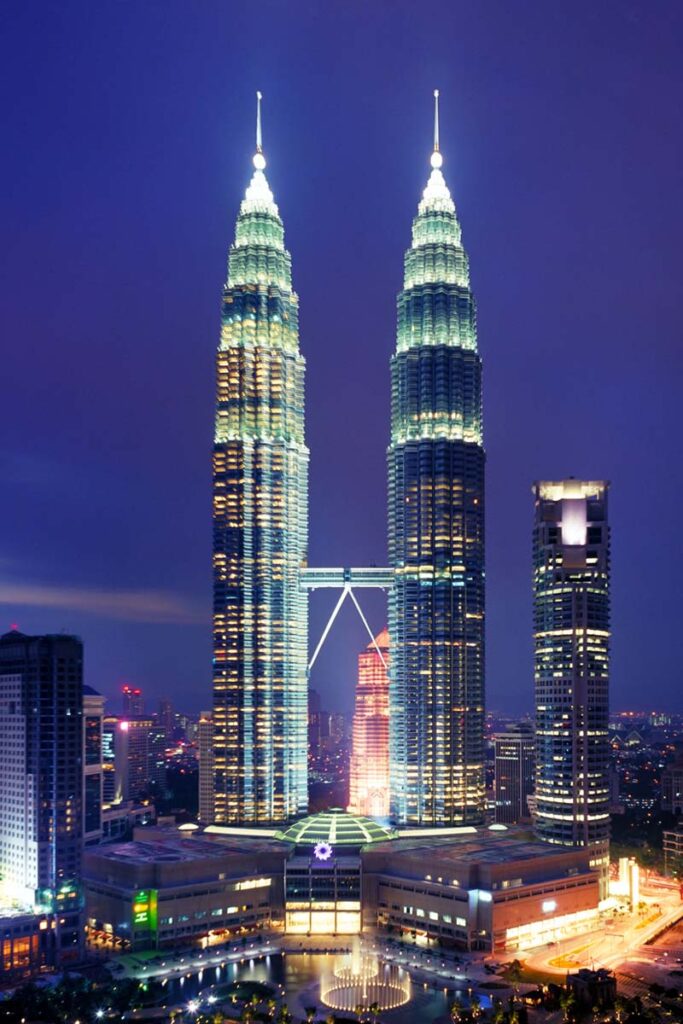 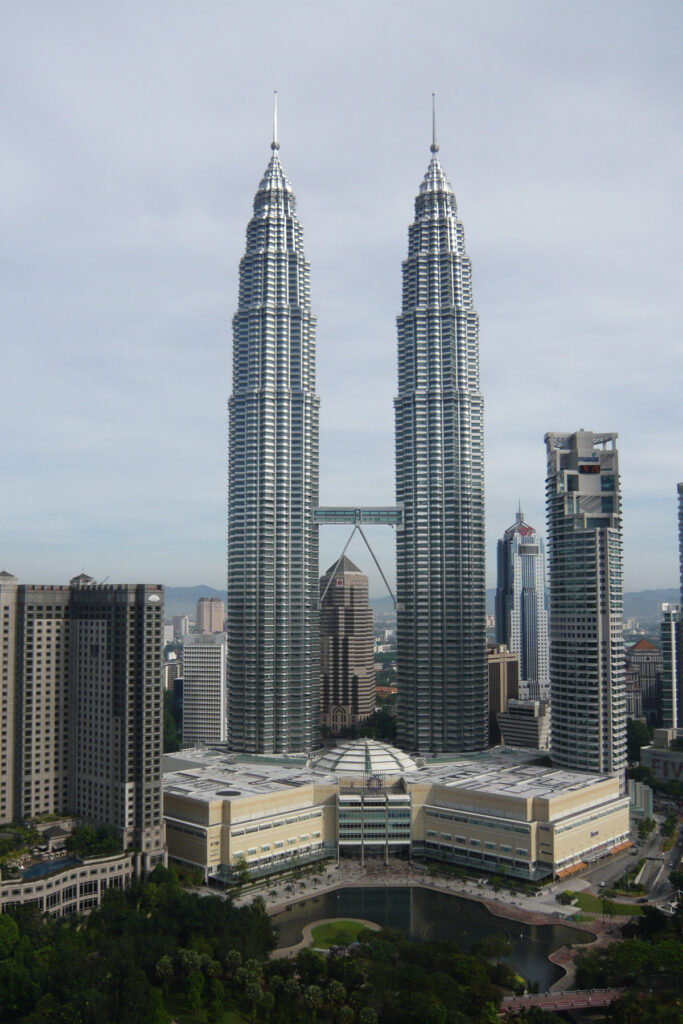 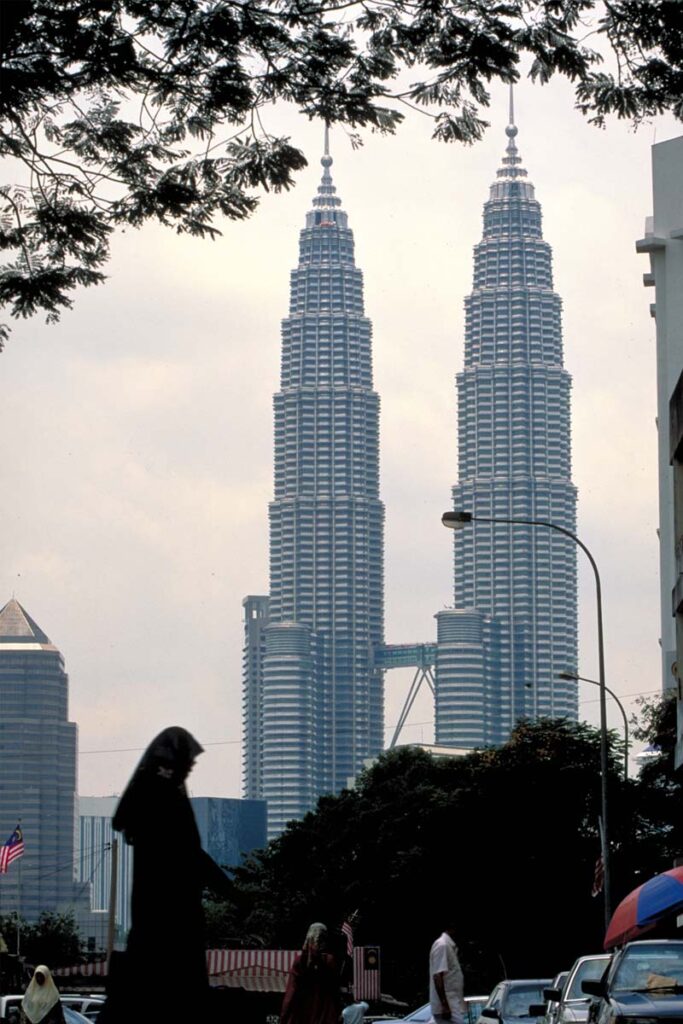 On April 15, 1998, the Council on Tall Buildings named the Petronas Towers the tallest in the world, passing the torch to a new continent. Although the project's developers, a consortium of private investors in association with the Malaysian government and Petronas, the national oil company, had not originally set out to surpass Chicago's Sears Tower, they did aspire to construct a monument announcing Kuala Lumpur's prominence as a commercial and cultural capital. In the design of American architect Cesar Pelli they found a winning scheme--twin towers of elegant proportions with a slenderness ratio (height to width) of 9.4--that would capture not only the title but the public imagination.

Pelli's design answered the developer's call to express the 'culture and heritage of Malaysia' by evoking Islamic arabesques and employing repetitive geometries characteristic of Muslim architecture. In plan, an 8-point star formed by intersecting squares is an obvious reference to Islamic design; curved and pointed bays create a scalloped facade that suggests temple towers. The identical towers are linked by a bridge at the 41st floor, creating a dramatic gateway to the city.

The structure is high-strength concrete, a material familiar to Asian contractors and twice as effective as steel in sway reduction. Supported by 75-by-75-foot concrete cores and an outer ring of widely-spaced super columns, the towers showcase a sophisticated structural system that accommodates its slender profile and provides from 14,000 to 22,000 square feet of column-free office space per floor.

Other features include a curtain wall of glass and stainless steel sun shades to diffuse the intense equatorial light; a double-decker elevator system with a sky lobby transfer point on the 41st floor to accommodate the thousands of people who use the complex daily; and a mixed-use base featuring a concert hall and shopping center enveloped by nearly seventy acres of public parks and plazas.

In both engineering and design, the Petronas Towers succeed at acknowledging Malaysia's past and future, embracing the country's heritage while proclaiming its modernization. The end result, says Pelli, is a monument that is not specifically Malaysian, but will forever be identified with Kuala Lumpur.