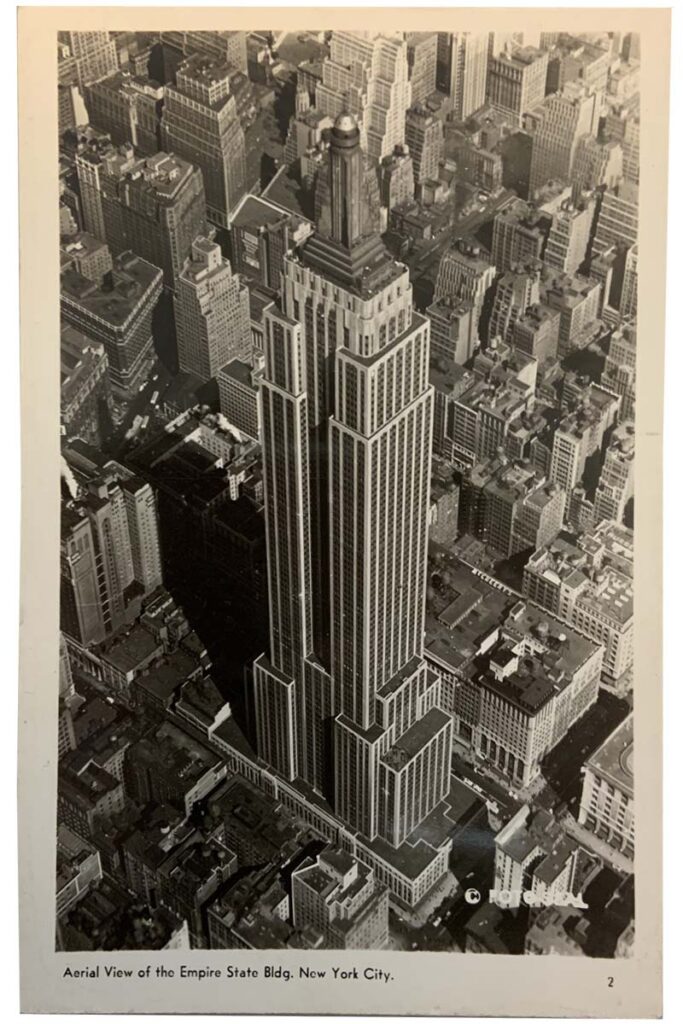 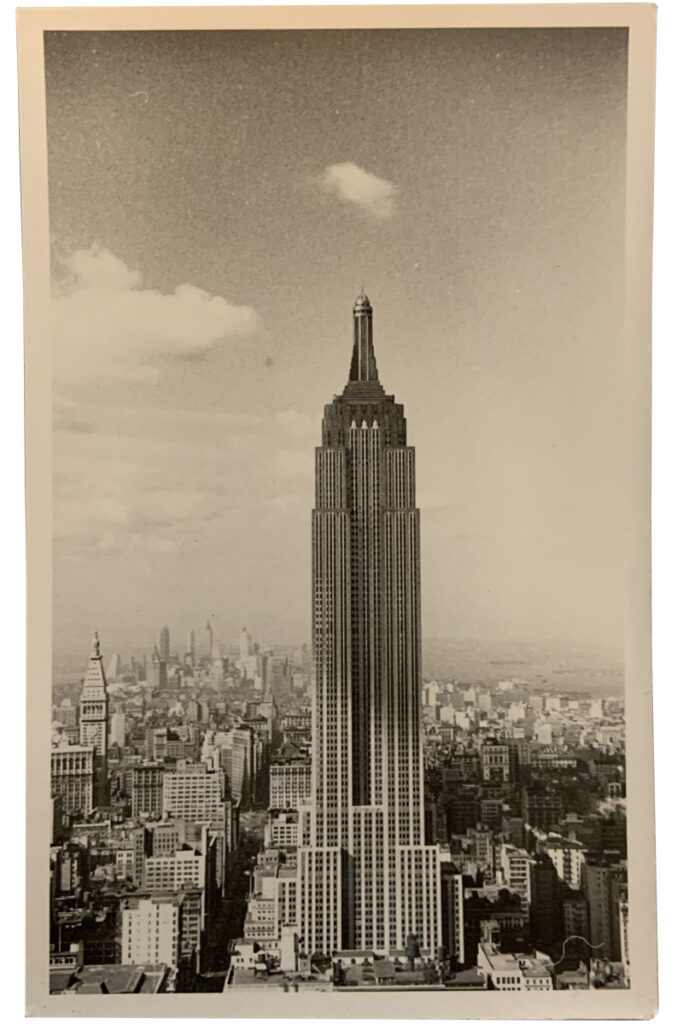 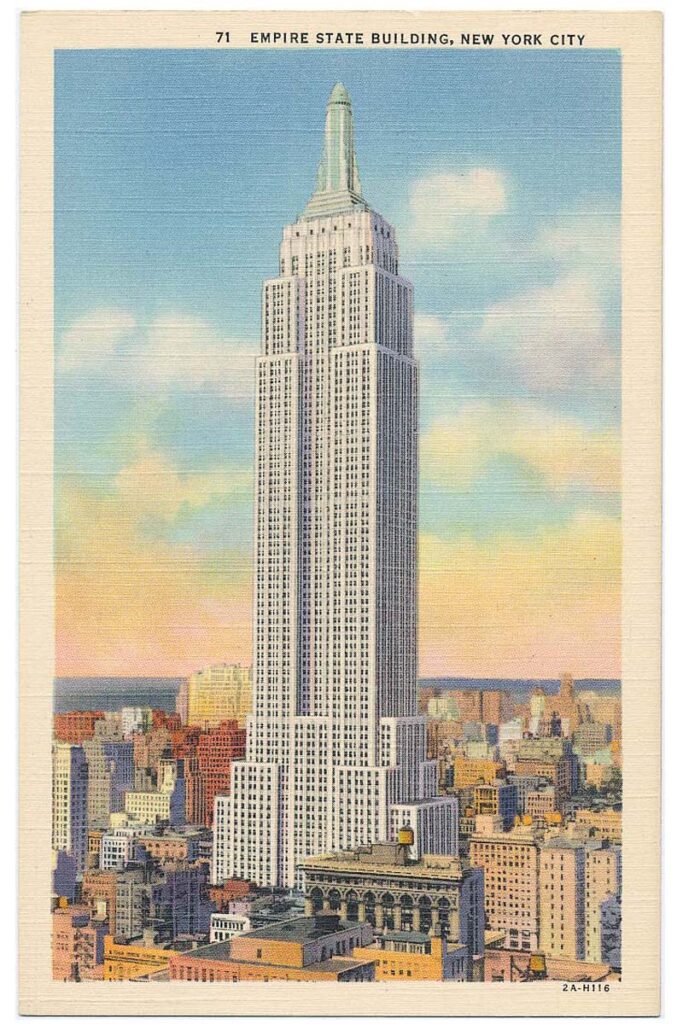 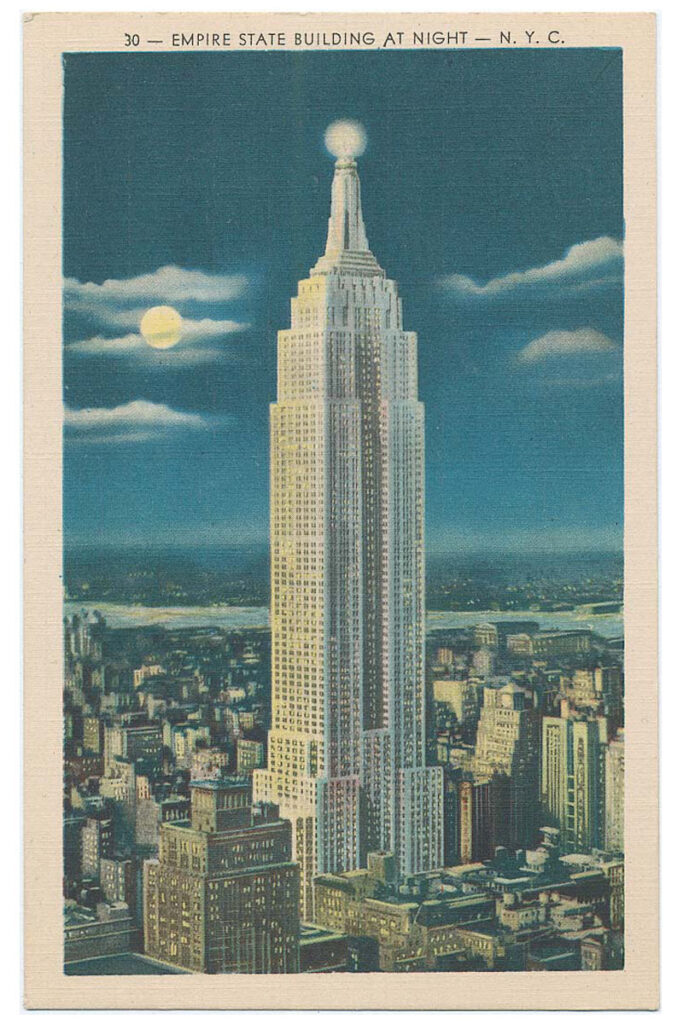 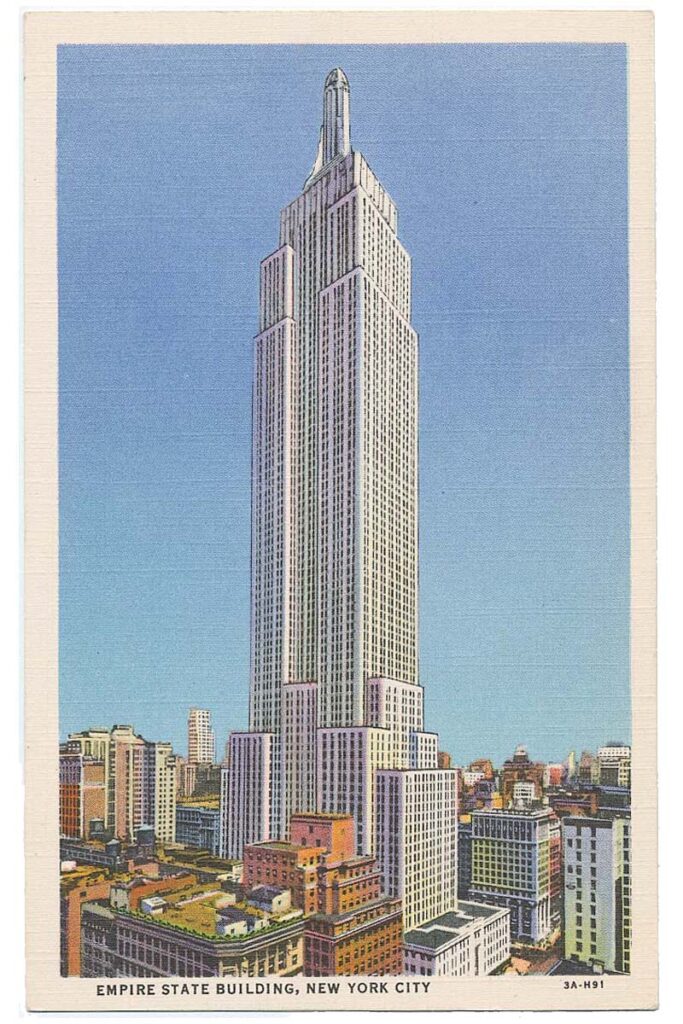 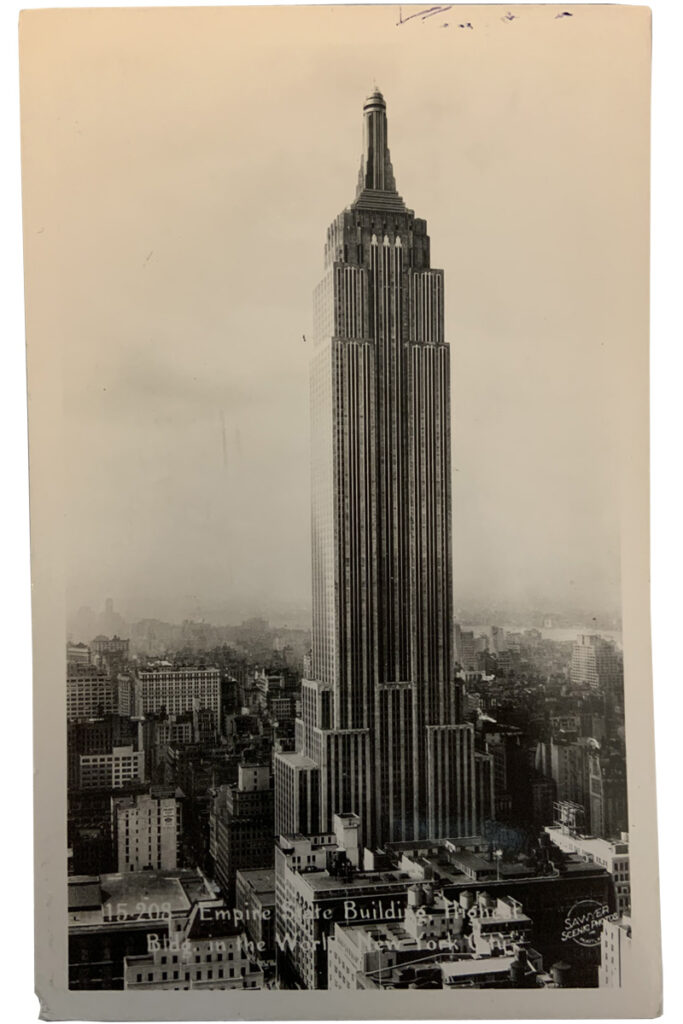 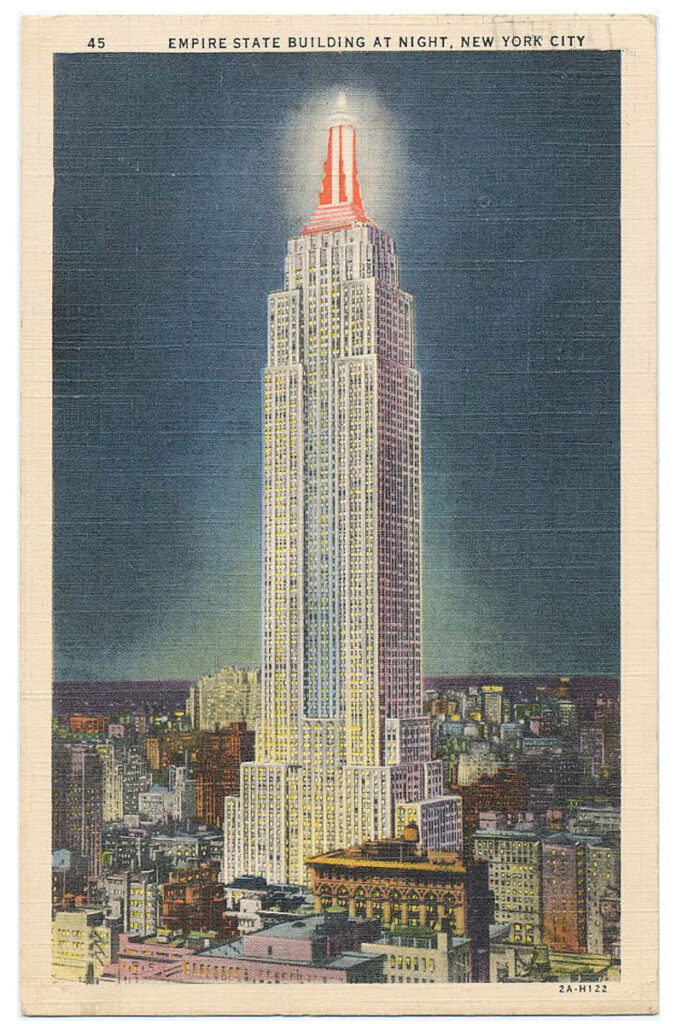 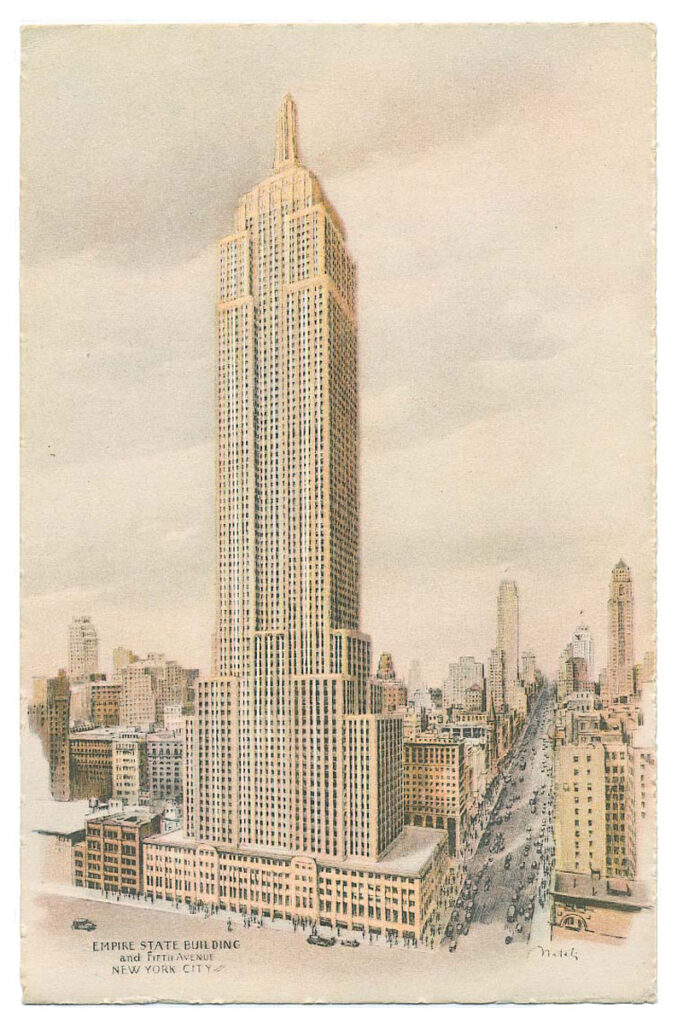 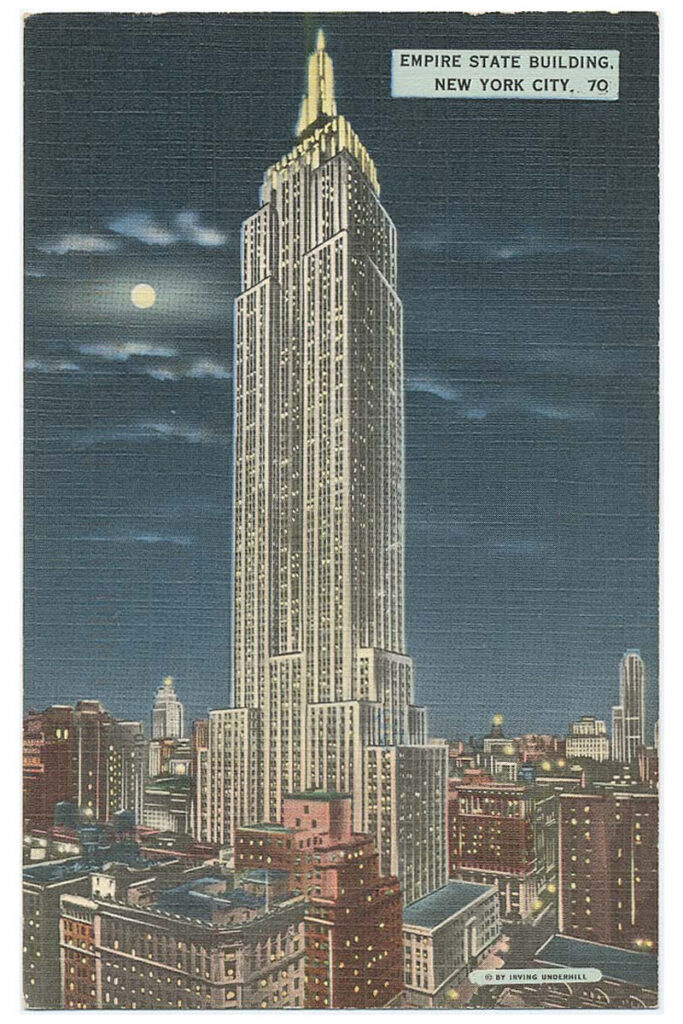 The tallest building in the world when it was completed in April 1931, the EMPIRE STATE broke every record in the book. At 1250 feet, it topped the Chrysler Building by 200 feet and the third tallest, the Manhattan Company Building at 40 Wall Street, by more than 300 feet. Gargantuan in SCALE, its five-story base covered two acres and its eighty-five floors of offices boasted more rentable space -- 2.1 million square feet -- than the Chrysler Building and 40 Wall Street combined.

The most astounding statistic of the Empire State, though, was the extraordinary SPEED with which it was planned and constructed. Within just TWENTY MONTHS from the first signed contracts with the architects in September 1929, the Empire State was designed, engineered, erected, and ready for tenants. Six months after the first structural columns were set in April 1930, the steel frame topped out on the eighty-sixth floor. The fully enclosed building, including the mooring mast that raised its height to the equivalent of 102 stories, was finished within eleven months, in March 1931. At peak activity, 3,500 workers were employed on-site, and the tower rose A STORY A DAY.

During these twenty months, architectural and engineering drawings were prepared, the massive Waldorf-Astoria Hotel was demolished, the foundations and grillages were dug and set, 57,000 tons of structural steel was fabricated and milled to precise specifications. Ten million common bricks were laid, 62,000 cubic yards of concrete were poured, 6400 windows were set, and 67 elevators were installed in 7 miles of shafts. Interiors were equipped with 6,700 radiators, 2,500 toilets and sinks, and 51 miles of plumbing pipe, and were finished with 10,000 tons of plaster and 328,000 square feet of marble.

For more on the Empire State, check the Museum's virtual exhibit BUILDING THE EMPIRE STATE, and the book by the same name.