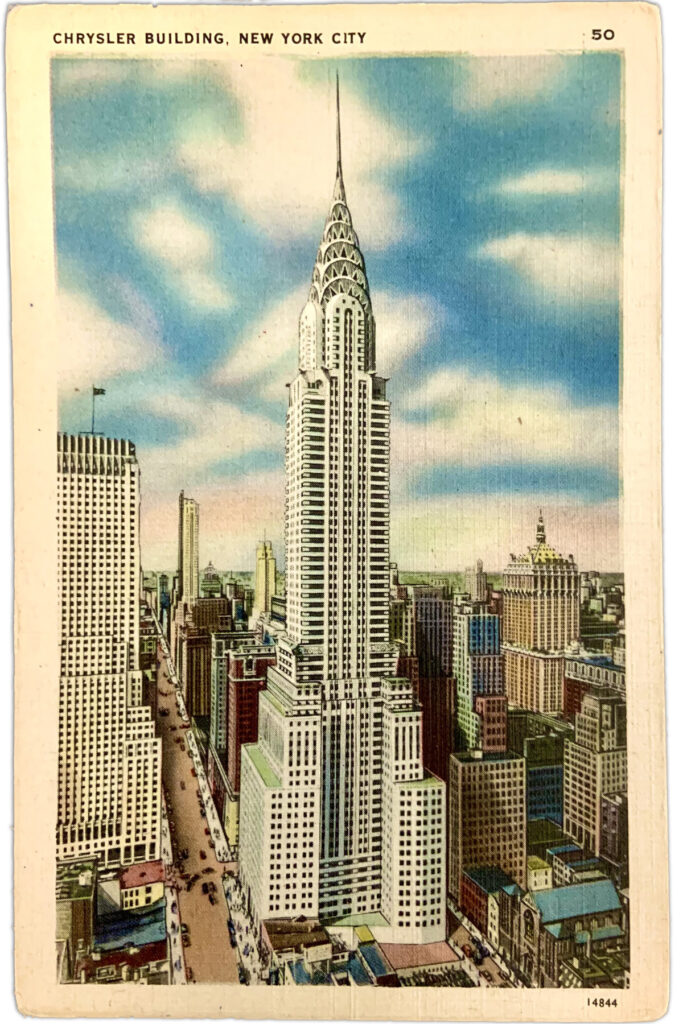 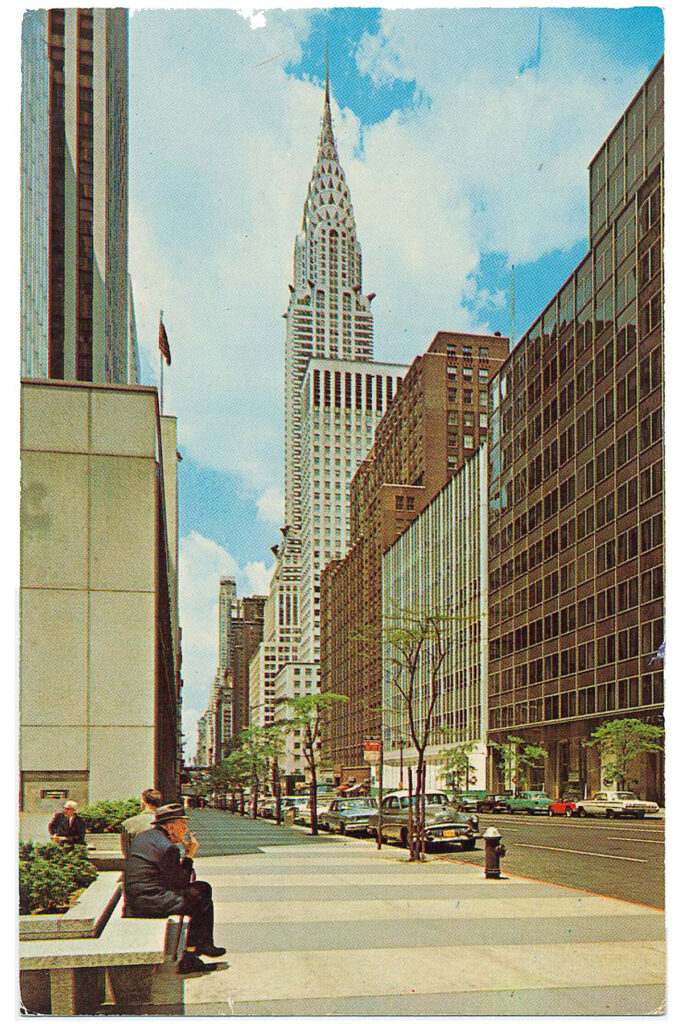 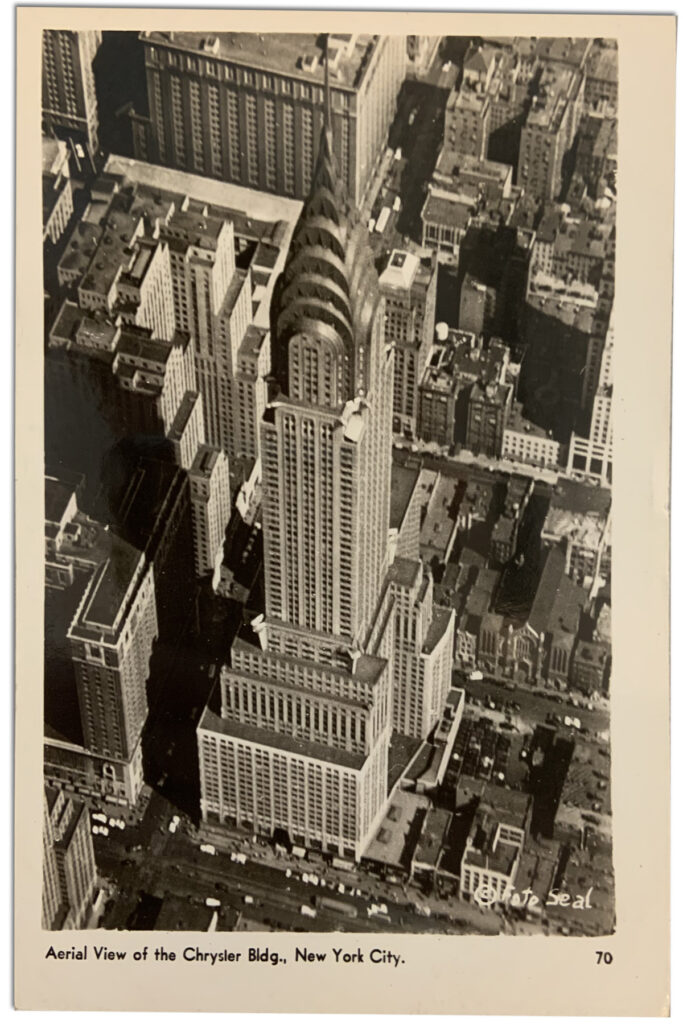 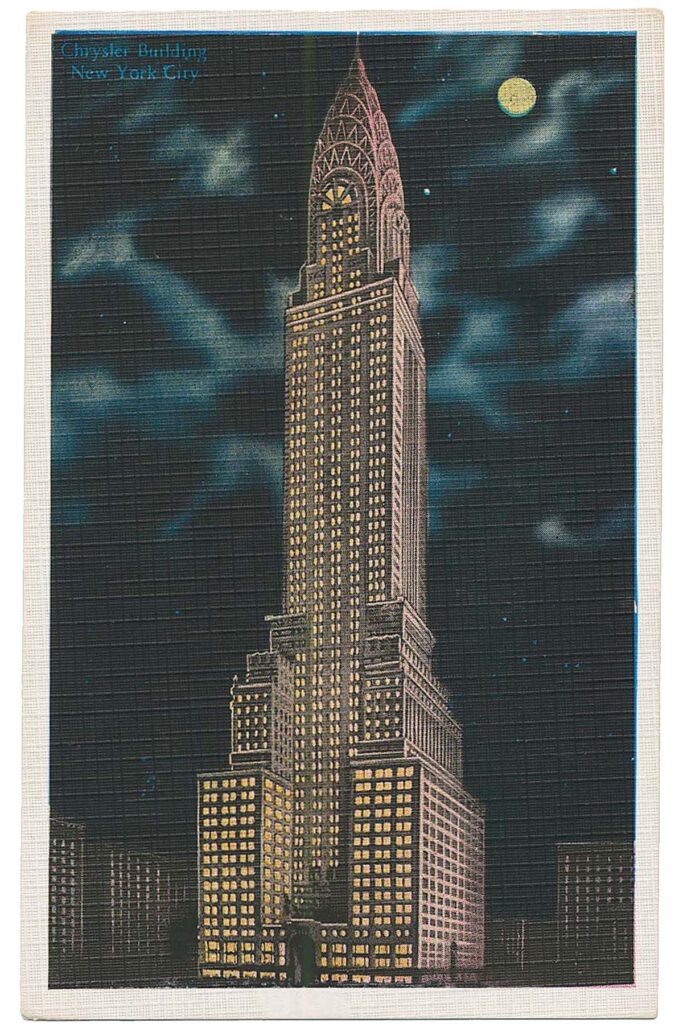 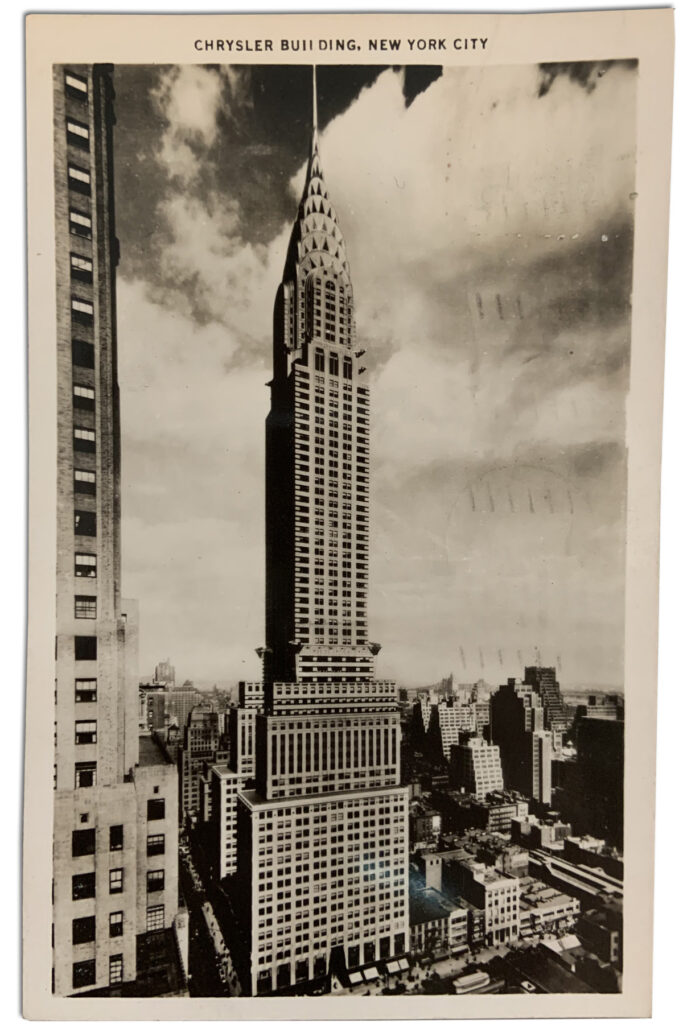 The 1,046-foot Chrysler Building was the tallest building in the world from 1930 to 1931 and was part of an intense race for this title. In 1928, developer William H. Reynolds hired William Van Alen to design the world's tallest building for a site leased at the northeast corner of Lexington Avenue and 42nd Street, across from Grand Central Station. Later that year, Reynolds sold both leases and plans to Walter P. Chrysler, who wanted to build a new headquarters for the Chrysler Corporation. Van Alen altered the plans to reflect his new patron: a domed lantern became a metal-clad spire; the frieze on the 30th floor became a line of hubcaps; new gargoyles were enormous, Chrysler Eagle radiator caps; fenders and hood ornaments became part of the decoration.

Groundbreaking took place on September 19th, 1928. In 1929, however, Van Alen's former partner, H. Craig Severance, began work on an even taller building at 40 Wall Street for the Bank of The Manhattan Company. Not to be outdone, Van Alen secretly had a 185-foot spire built within the fire shaft of the Chrysler Building. As soon as Severance had completed his 927-foot structure in August 1930, Van Alen had the 27-ton spire raised to the top of the Chrysler Building in a mere 90 minutes, surpassing his downtown rival handily.

The Chrysler Building has an H-plan with setbacks at the 16th, 23rd, and 30th floors. The main shaft rises 68 floors, although offices only go up to the 65th (the 66th through 68th housed the exclusive Cloud Club and an observation lounge). Four banks of eight elevators each brought up over one thousand workers and visitors daily at an unprecedented speed. The novel use of aluminum and chrome-nickel steel for exterior details was mirrored in an interior of luxury; elaborate, wood marquetry, rich, varied marbles, and dramatic custom lighting created an interior as theatrical as its exterior.
Van Alen and Chrysler fell out over allegations of contractors' bribery; the Chrysler Corporation never fully utilized its space and Van Alen's career virtually ended. Moreover, critics were unimpressed with the building, calling its metal-clad form too "romantic," "overly ambitious," or even worse, "merely advertising." However, it is just these aspects that make the building perhaps the most notable of New York's skyline.

When completed, it became the tallest man-made structure in the world, surpassing even the Eiffel Tower in Paris. Its reign was short-lived. On May 1st, 1931 the 1,250-foot Empire State Building opened at 350 Fifth Avenue (Shreve, Lamb & Harmon) and became the World's Tallest Building for over four decades.